Renault has reincarnated the legendary Renault 4. The 4EVER Trophy electric concept crossover pleases with a non-trivial design 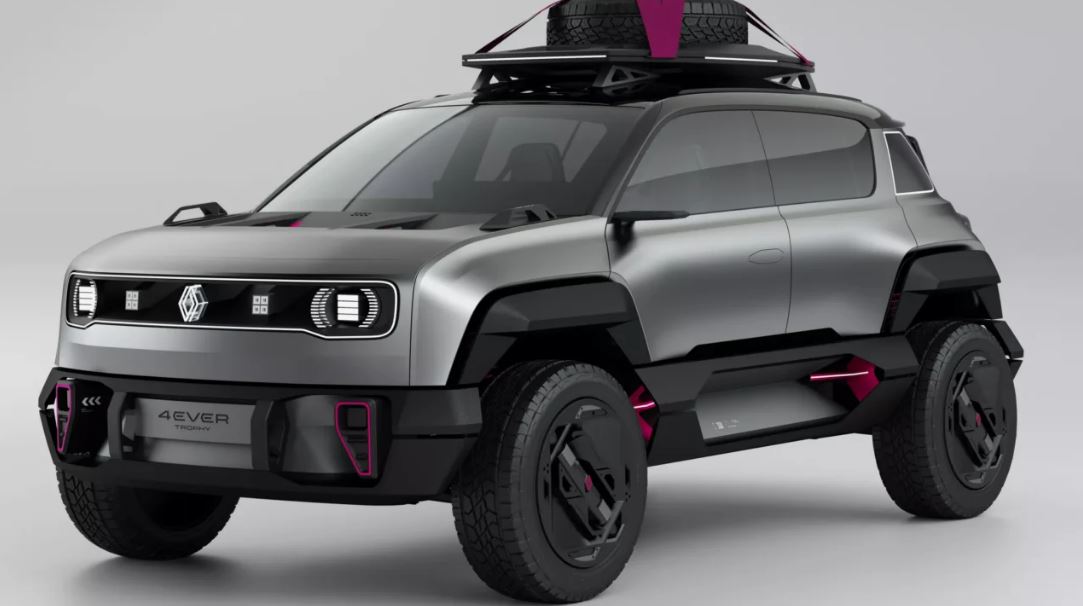 Renault has unveiled a modern electric version of its iconic city car, the Renault 4, at the Paris Motor Show. With the premiere of the 4EVER Trophy show car, the French marque will celebrate the 25th anniversary of the annual 4L Trophy, a humanitarian rally across the Moroccan desert.

The Renault 4 is the second iconic model to be rebooted this year on an electric platform. In September, the French showed the R5 TURBO 3E electric drift show car, thus marking the 50th anniversary of the Renault 5.

As for the 4EVER Trophy, it is a compact electric SUV with the outlines of the original model. It is expected that he will “go” in the series in 2025 and will repeat the show car presented in Paris with an accuracy of 95%. It is planned to be produced at the Renault plant in the commune of Maubeuge, in northern France.

The 4EVER Trophy is built specifically for off-road use with flared fenders, a reinforced lower body, wide 19-inch wheels, a shovel behind the rear window and a spare tire on the roof. The length of the car is 4160 mm (slightly shorter than the Renault Captur), and the width and height are 1950 mm and 1900 mm, respectively. The wheelbase is 2570 mm.