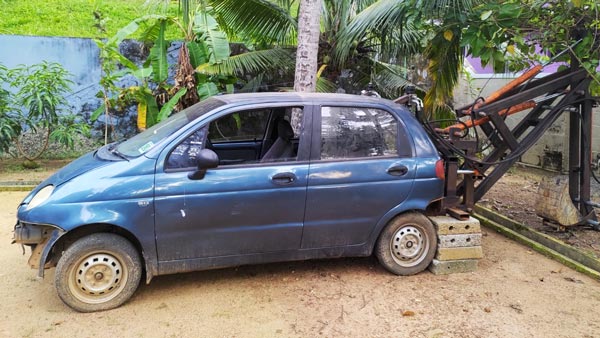 In 2016, the Center had notified norms for installation of electric kits in vehicles. As per the norms, the installer of the electric kit will be authorized by the manufacturer or supplier of the kit to fit the electric drivetrain in the vehicles on his behalf. The company installing the electric kit should be trained technicians who will be provided extensive training by the supplier. The installers will also maintain a record of the vehicles that have been retrofitted and provide the same to the Ministry of Road Transport and Highways as and when required.

At least once a year, the installer of the electric kit shall conduct a fitness test of the vehicle and maintain a record of the parameters audited. Installers are also required to obtain the owner’s written consent after assessing the fitness of the vehicle to install the kit and explaining the assessment.

In November last year, the Delhi government said that those who have diesel cars that are more than 10 years old will be allowed to ply in the national capital only if their engines are completely replaced with electric drivetrains. The centers empaneled by the Delhi Transport Department for retrofitting are approved by the International Center for Automotive Technology (ICAT), a premier testing certification, research and development agency.

According to experts, the cost of installing an electric kit in old petrol and diesel cars and four-wheelers will be around Rs 3-5 lakh, depending on the battery capacity and range. At the same time, the cost of retrofitting two and three wheelers with electric kits will be less.

The 10-year-old diesel vehicles that were banned in Delhi-NCR after the decision of the National Green Tribunal and the Supreme Court can now be used after being retrofitted with electric kits.

Vehicular emissions are the main cause of severe air pollution in the Delhi-Territory. Diesel-powered commercial vehicles play an important role in this. After converting a diesel vehicle to electric, vehicle owners can take advantage of subsidies and rebates available under the Delhi government’s electric vehicle policy.

The Delhi government believes that allowing retrofitment of electric kits for diesel vehicles will help promote electric and zero-emission vehicles in the national capital. Explain that in view of the increasing pollution in Delhi, the state government has appealed to Delhiites to use public transport at least once a month.