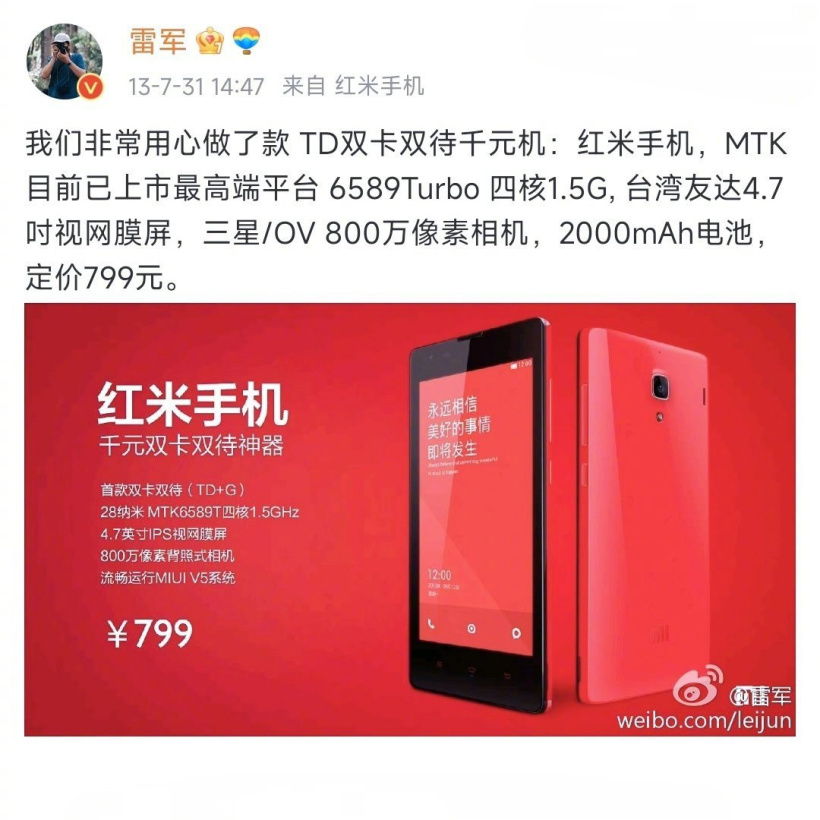 Today is an important day for the Redmi brand: exactly 9 years ago, on July 31, 2013, the first Redmi smartphone, Redmi 1, appeared. Both Xiaomi CEO Lei Jun and Redmi CEO Liu noted this date in their accounts on the Weibo social network. Weibing (Lu Weibing).

They gave in to nostalgia and remembered the parameters of the first Redmi. It received a 4.7-inch IPS screen, a MediaTek MT6589T SoC with a quad-core CPU, an 8-megapixel camera, a 2000 mAh battery and Android 4.2.2 Jellybean with MIUI 5 interface. The release of Redmi 1 was accompanied by the slogan “Always believe in the best, and it will happen”, which is still used by the brand.

And although the parameters of Redmi 1 seem ancient by today’s standards, the smartphone turned out to be very popular – 44.6 million devices were sold. Redmi 1 is called “a real national phone” in the company.