Redmi Note 12 Series will be launched in India soon, these features can be found with 200MP camera 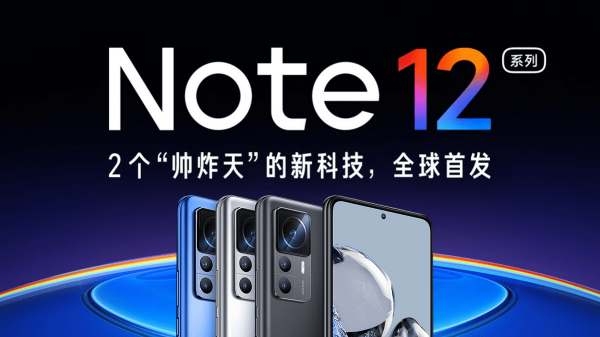 The era of cameras up to 108MP in smartphones has become old. Now users will get to see the main lens of 200MP. How powerful this camera is in real life, it will be known only in testing. Xiaomi is going to bring such a phone soon. Xiaomi is going to launch its Redmi Note 12 series this week.

According to official information, the smartphone will be launched in the Chinese market on October 27. The company will have three smartphones in this series – Redmi Note 12 Pro +, Note 12 Pro and Note 12. Ahead of the launch, another series of information about this has come to the fore.

The phone will have 200MP camera

The 200MP Samsung ISOCELL Hpx sensor will be available in the Plus variant of the series i.e. Redmi Note 12 Pro Plus. This series will soon be launched in India as well. It has been spotted in the BIS database. Let’s know what can be special in Redmi Note 12 series.

Xiaomi has officially given this information. In Redmi Note 12 Pro +, users will get a 200MP lens. The company has also released the teaser of this handset, according to which you will get triple rear camera setup in it. Talking about the design, the rear panel of the handset is very similar to the Redmi Note 11T series, which has been launched in China some time ago.

Will launch soon in India

Redmi Note 12 series Redmi Note 12 has been spotted on the BIS certification site just ahead of its launch in China. The device has appeared in the IMEI data base with model 22101316G. There is currently no information about when the company will launch these smartphones in India. It is expected that the smartphone maker company can launch it soon.