Redmi Note 12 Pro was tested on Geekbench right before the announcement. Performance is much lower than Redmi Note 11T Pro 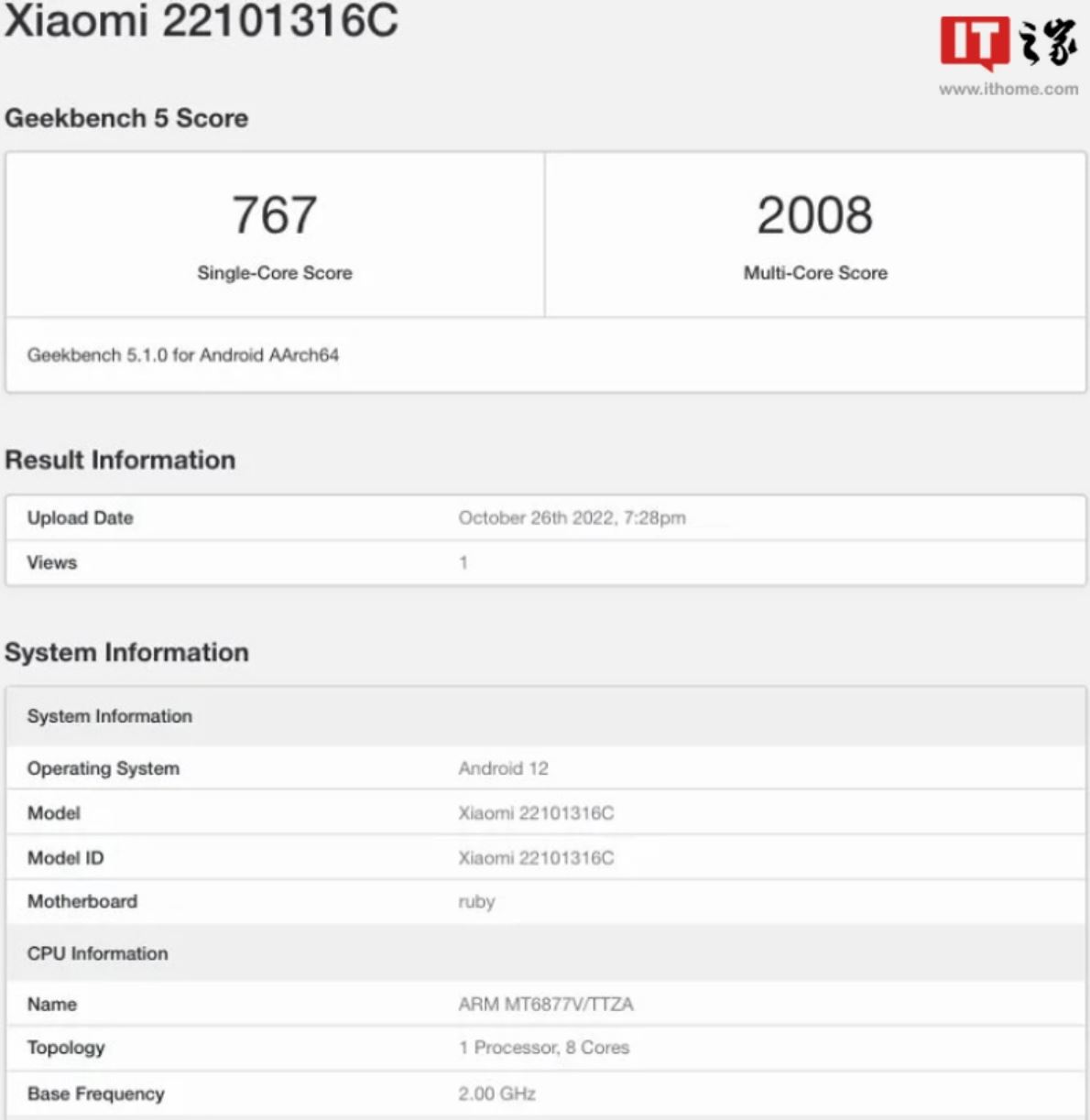 A little later today, the official premiere of Redmi Note 12 phones for the Chinese market will take place, but Redmi Note 12 Pro has already appeared in the Geekbench database. The test results say that performance, alas, is not the strong point of this model.

Redmi has opted for the MediaTek Dimensity 1080 single-chip system for its Note 12 series phones, which will apparently be used in both the Redmi Note 12 Pro and the Redmi Note 12 Pro+. Already after the announcement, it was clear that you should not count on the high performance of phones. She is not.

Redmi Note 12 Pro (22101316C) in Geekbench 5 scored 767 in single-threaded test and 2008 in multi-threaded. For comparison, here are the results of Redmi Note 11T Pro: 997 and 3755 points. The difference is just huge. But this is not surprising, since the Redmi Note 11T Pro is based on the much more powerful Dimensity 8100, and the Dimensity 1080 in terms of performance is almost no different from the old Dimensity 920.