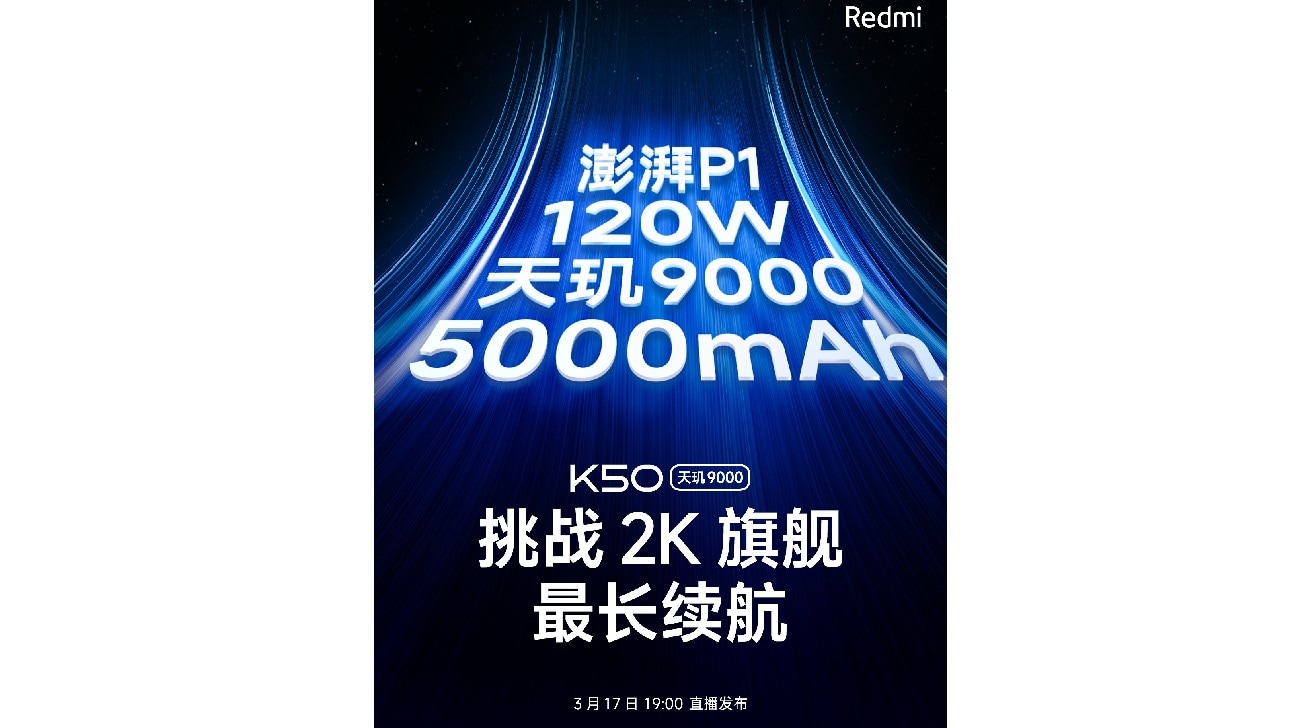 Xiaomi’s brand Redmi launched the Redmi K50 Gaming Edition smartphone in China last month. The company is now preparing to launch the rest of the phones in the Redmi K50 series. An event will be organized for this on March 17. A few days before this launch, Redmi has started teasing the features of the upcoming smartphone. The company has also shared information related to the phone’s battery and charging speed.

Recently, the company had also confirmed that the upcoming smartphone of Redmi K50 series will be given Samsung’s display, which will support 2K screen resolution. Its pixel density will be 526ppi. According to the information confirmed so far, the upcoming Redmi K50 series smartphone will have dual stereo speakers with support for Dolby Atmos and Hi-Res Double Gold certification. As connectivity, dual-frequency GPS, Wi-Fi 6, NFC, IR blaster will be supported. There are reports that this will be the first smartphone in the industry to support Bluetooth 5.3.

Earlier, information about these phones was given in a Weibo post. It was reported that the Redmi K50 smartphone has been certified in China with the model number 22021211RC. Whereas Redmi K50 Pro and Redmi K50 Pro+ phones have been certified with 22041211AC and 22011211C respectively. Redmi K50 smartphone was spotted on benchmarking website Geekbench with 12 GB RAM and Android 12. However, we must wait for the launch event to know about the specifications, features and price of the upcoming Redmi smartphone. On March 17, the whole picture will be clear on this.