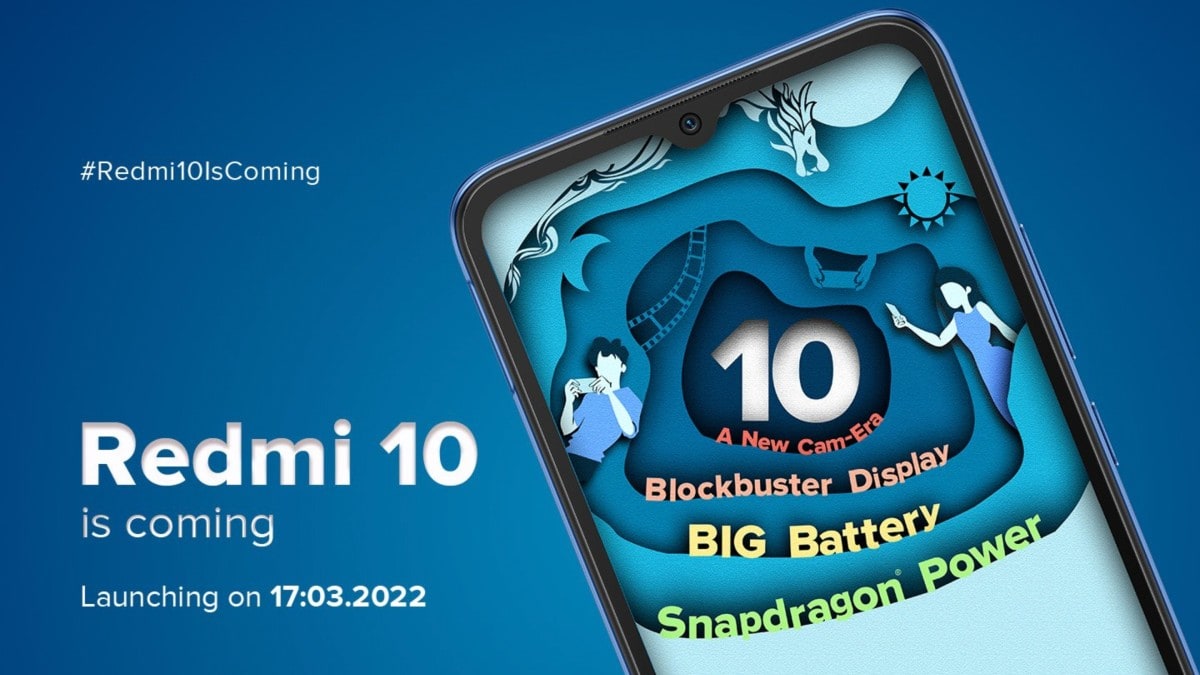 Redmi’s new smartphone ‘Redmi 10’ will be launched in India on March 17. The sub-brand of Xiaomi made this announcement on Thursday. The new Redmi smartphone has been teased to have a waterdrop display notch. This phone will be equipped with Qualcomm Snapdragon processor, which is two times faster than the previous generation. Redmi 10 is said to have a dual rear camera setup, which will have a primary sensor of 50 megapixels. The global launch of Redmi 10 was done last year. The company also introduced its upgrade in the form of Redmi 10 2022 last month.

Redmi 10 could be ‘special’

The launch date of the smartphone has been announced on social media from the official account of Redmi India. Xiaomi has also sent a media invite related to the launch. Apart from this, Xiaomi has also announced a link related to the launch of Redmi 10. dedicated microsite also created. it seems that Redmi 10 The India version of the car could be different from the global model that came last year. This Redmi 10 2022 Looks different from the one that was introduced last month with some changes.

Expected price of Redmi 10 in India

The Redmi 10 coming to India is said to have a dual rear camera setup with a primary sensor of 50 megapixels. At the same time, there is a quad rear camera setup in its global variant. The finishing of the India variant of Redmi 10 will also be different. The microsite reveals that the phone has a textured design with a smudge-free finish.