Record-breaking spacewalk from the ISS caught a selfie 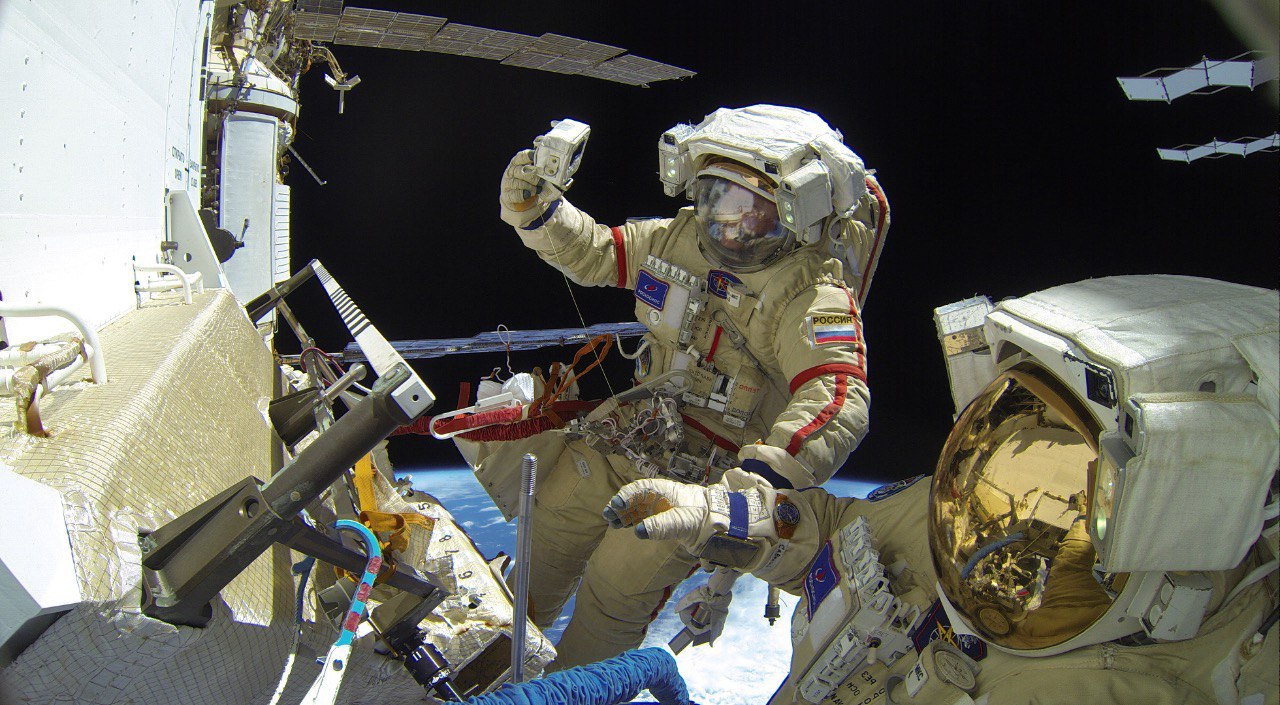 Yesterday, November 17, 2022, the seventh spacewalk in a year took place under the Russian program as part of the ISS project. Now interesting photos from the scene have been published by Roskosmos.

Roscosmos cosmonauts Dmitry Petelin and Sergey Prokopyev managed not only to complete their main task, but also to take some impressive space selfies.

The main task was to prepare the radiator for transfer by the ERA manipulator. The astronauts spent 6 hours and 25 minutes outside the ISS. In addition, the cosmonauts installed a bollard on the GStM-2 cargo boom and mounted on the Nauka module means for securing large objects.

According to Roskosmos, the cosmonauts made a record exit. The previous record was set in 2013 with six Russian outings.

You can watch the recording of the live broadcast of the record spacewalk on the official Roscosmos channel: