Realme’s cool smartphone launched in India, priced below 9 thousand, will get so much with strong battery 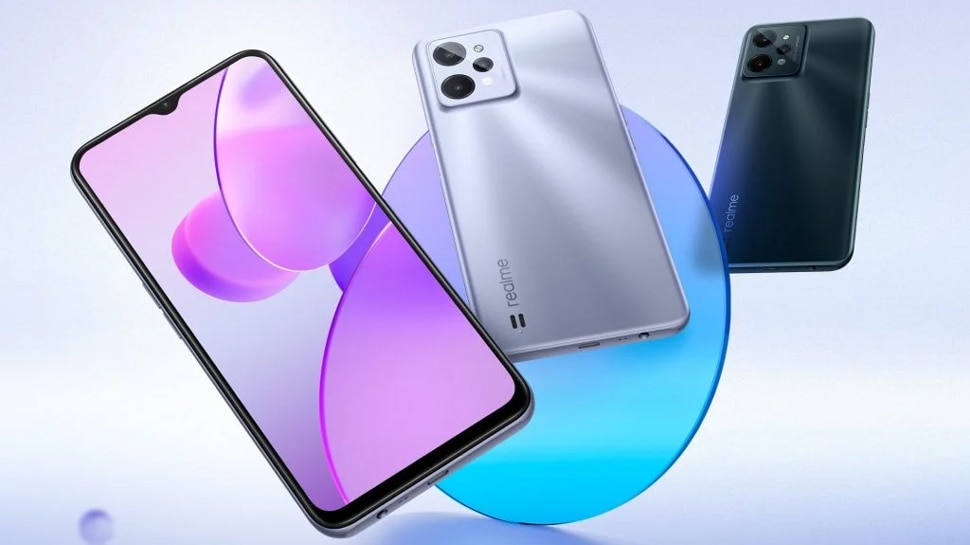 New Delhi. Realme recently launched a budget 4G smartphone Realme C31 for the Indian market. The smartphone will start from Rs 8999 in India and will be available in a total of two memory variants. The device is powered by a Unisoc processor and will run on Android 11 out of the box. The main attraction is that it sports a triple-camera system at the back. Let’s know the price and full features of Realme C31 …

Realme C31 has been launched in India in two memory variants – 3GB + 32GB – for Rs 8,999 and 4GB + 64GB – for Rs 9,999. It will be available in Light Silver and Dark Green color options. The first sale of the device will be on April 6 at 12 noon on Realme’s online store, Flipkart and other offline retail channels.

Realme C31 comes with a 6.5-inch HD+ LCD display. This device will run on out-of-the-box Realme UI R Edition based on Android 11. It is powered by 12nm Unisoc T612 processor coupled with up to 4GB of RAM and 64GB of internal storage.

There is a triple-camera system at the back with 13MP primary camera, 2MP macro camera and a monochrome sensor. There is a 5MP camera on the front for selfie. The internal storage of Realme C31 can be expanded up to 1TB with a microSD card.

It supports 2.4 GHz Wi-Fi network and Bluetooth v5. The device has a USB Type-C port along with a 3.5mm audio jack. The Realme C31 packs a 5000mAh battery and the company claims that it can provide up to 45 days of standby time.