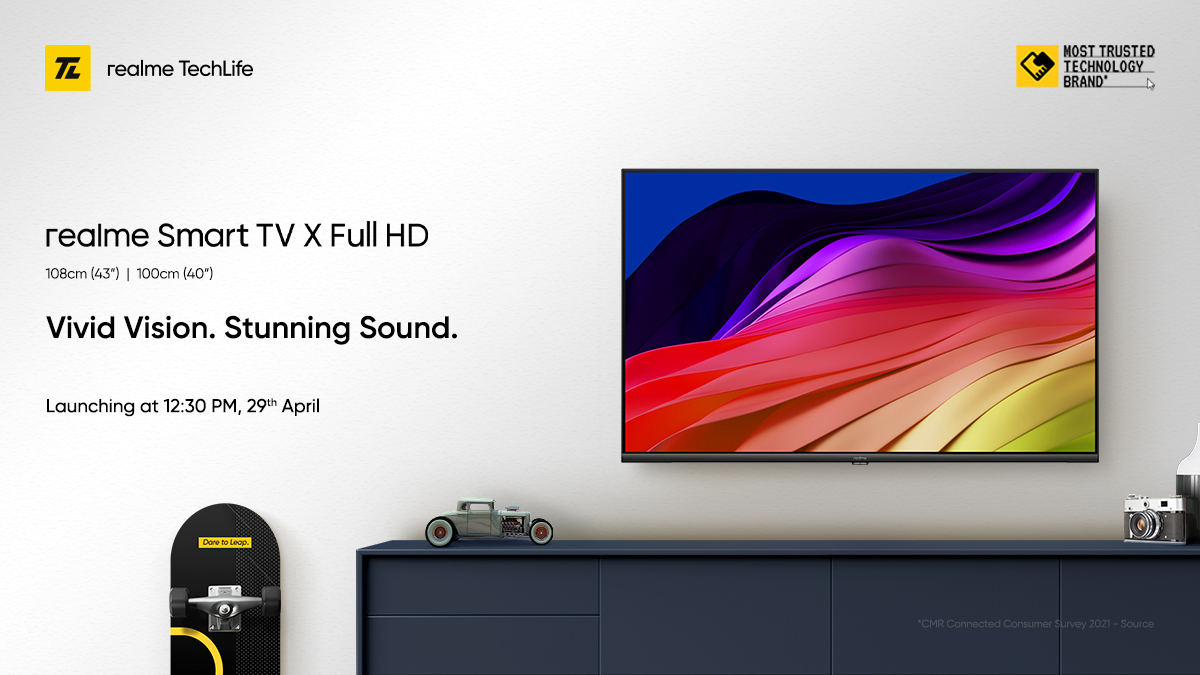 Realme has officially announced that a new TV called Realme Smart TV X Full HD will be released on April 29th. At the same time, the company has already disclosed its features on its official website.

The TV will be based on a Mediatek single-chip system, which will work with 1 GB of RAM and 8 GB of internal flash memory. The single-chip system will consist of a quad-core ARM Cortex-A55 processor and an ARM Mali-G31 GPU. The TV will run the Android TV operating system.

The price will be announced on April 29, but it will obviously be low.