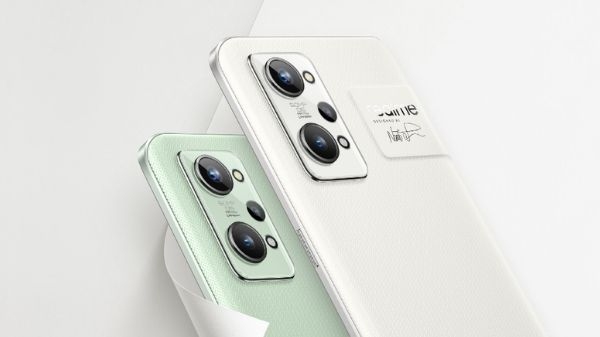 The latest mid-range smartphone Realme GT 2 sports a FHD+ resolution display with 120Hz refresh rate and peak brightness of up to 1300 nits. Also, the smartphone has an optical in-display fingerprint sensor.

The Realme GT 2 is powered by Qualcomm’s Snapdragon 888 SoC paired with 8/12GB of RAM and 128/256GB of internal storage. It has been launched out-of-the-box with Android 12 OS along with a custom Realme UI 3.0 skin.

How is the camera feature of Realme GT 2

If we talk about the camera features of this device, then the triple camera setup on the back side includes a 50MP primary sensor with OIS, an ultra-wide-angle lens and a macro camera. At the same time, a 16MP selfie camera is also provided in the front, with the help of which selfie and video calls can be made.

Talking about battery life, it gets a massive 5000mAh battery along with 65W fast charging support. The company claims that the battery will be fully charged in just 33 minutes.

The Realme GT 2’s 8GB RAM and 128GB storage variant costs Rs 34,999 in India, while the 12GB RAM and 256GB variant costs Rs 38,999. While both the models will be available for sale from April 28 through the official website of Realme India and partner channels.

So if you are also a fan of Realme brand and want to get a new smartphone, then you can buy Realme GT 2 which will be available for sale from April 28.