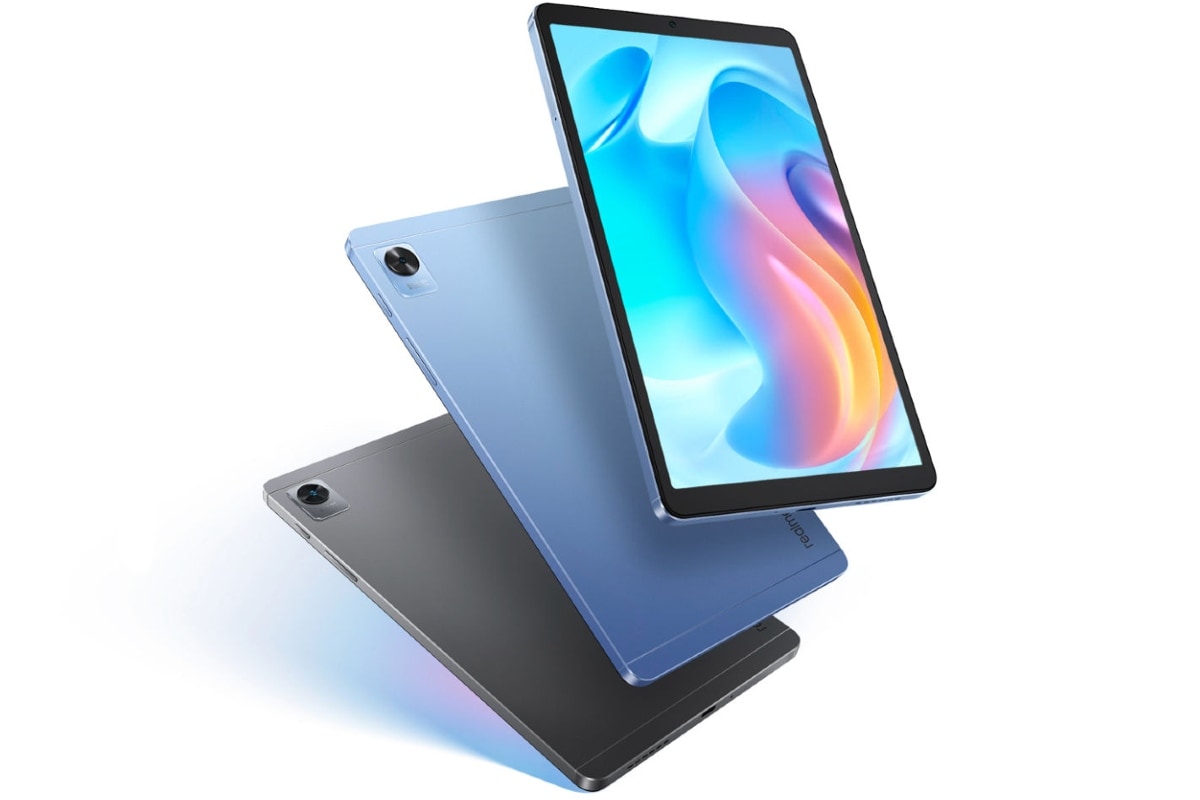 Realme Buds Q2s The company has kept the price of Rs 1,999. They can be bought in Night Black, Paper Green and Paper White colours. The earbuds can be purchased from Amazon, Flipkart, Realme.com and offline retailers from May 2 at 12 noon.

The company has also launched Realme Buds Air 3. It is in blue color and matches the shade of Realme GT Neo 3. They can be purchased from Realme.com on May 4 at 12 noon for Rs 4,999.

The Realme Pad Mini tablet runs on Android 11 based Realme UI. It features an 8.7-inch (1,340×800 pixels) display with a screen-to-body ratio of 84.59 percent. Sunlight mode has been given in the LCD panel which gives it good brightness in outdoors. The Pad Mini is powered by an octa-core Unisoc T616 SoC chip, coupled with Mali-G57 MP1 GPU and up to 4GB of RAM.

Realme has given an 8-megapixel camera at the rear in the tablet and a 5-megapixel camera sensor at the front. It has up to 64GB of UFS 2.1 storage which can be expanded up to 1TB with the help of microSD card. Connectivity options include Wi-Fi, Bluetooth v5.0, and a USB Type-C port. The tablet also comes with 4G connectivity (optional). It has dual stereo speakers.

The Realme Buds Q2s comes with 10mm Dynamic Bass Boost drivers that can deliver high quality frequencies with deep bass. Dolby Atmos support is also available in these. For this you need to have Dolby Atmos enabled smartphone.

Realme has given a dedicated Gaming Mode in these which gives a latency rate of 88 milliseconds. In these, Environmental Noise Cancellation (ENC) feature is also available for calls. The device comes with touch controls to switch between tracks and answer calls, or tap to turn on gaming mode.

There is support for Bluetooth v5.2 in Realme Buds Q2s. In these, connectivity range of up to 10 meters has been given. In addition, they have an IPX4 rating to be able to resist water. Micro-USB port has been given in them for charging. The company says that with the battery life of the charging case, they can give up to 30 hours of backup. The dimensions of the case are 60.35×44.61×32.54mm. Its weight is 39 grams. The weight of a single bud is 4.1 grams.