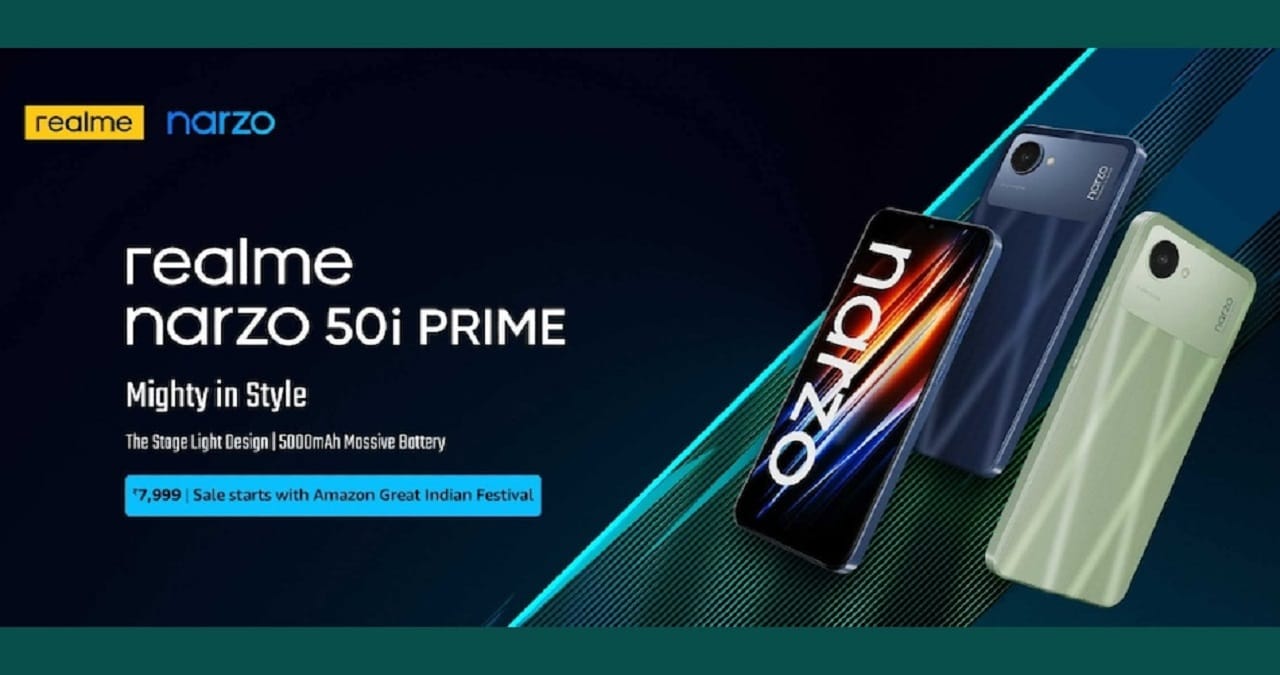 Realme has launched Realme Narzo 50i Prime in India on Tuesday in the Indian market. This smartphone is backed by a 5,000mAh battery that provides up to 5 days of audio playback time. Talking about the display, it has a screen to body ratio of 88.7 percent with a 6.5-inch display. The dual SIM smartphone is available for customers in Dark Blue and Mint Green colors. This smartphone works on Octa core chipset and Android 11 (Go edition).

Specifications and Features of Realme Narzo 50i Prime

Talking about connectivity, dual SIM smartphone and dedicated microSD card slot have been given. For storage, it has 4GB of RAM and 64GB of storage which can be expanded up to 1TB. Talking about the dimensions, its length is 8.5mm thickness and weight is 182 grams.