Realme Narzo 50i Prime: Realme is bringing a smartphone with a strong battery, the heart will be happy to know the features 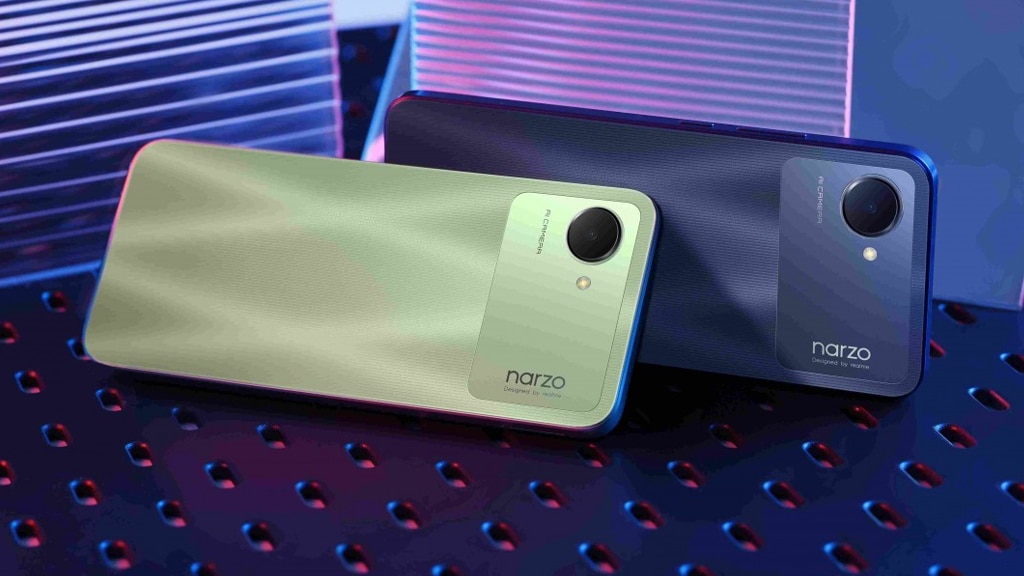 The Amazon listing also gives us a look at the upcoming smartphone. It is expected to come in Dark Blue and Mint Green color options. The device has a compact form factor and a side-mounted fingerprint scanner. The display is surrounded by thin bezels and there is a waterdrop notch at the top.

The Narzo 50i Prime gets a shiny glossy rectangular camera island that houses a sensor paired with an LED flash unit. The back panel of the smartphone has vertical stripes and an X-shaped texture pattern. Other than that, the key specifications of the Narzo 50i Prime remain a mystery.

The global variant of the Narzo 50i Prime comes with a 6.5-inch display and is powered by an octa-core Unisoc processor. It packs 4GB of RAM and 64GB of onboard storage, expandable via a dedicated microSD card slot. The device has an 8MP rear and a 5MP selfie camera. The smartphone packs a 5,000mAh battery unit that supports 10W charging.