Realme Narzo 50A Prime: Smartphone with strong features of Realme going to be launched 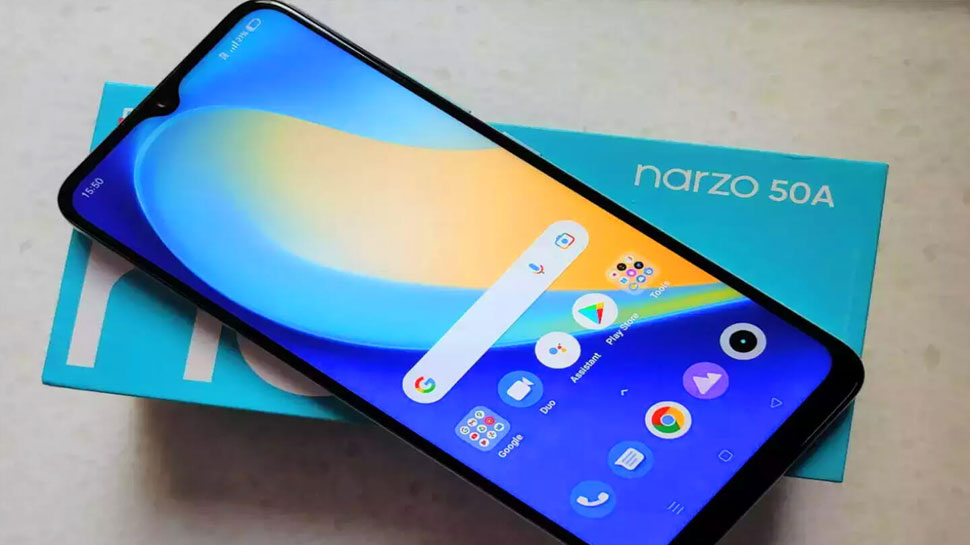 Realme Narzo 50A Prime going to be launched

As we have said earlier, no information has come from the company about the launch date of this smartphone. The launch of Realme Narzo 50A Prime is being speculated according to the fact that the company is holding a launch event on April 29 where Realme GT Neo 3 can be introduced.

It is expected that the company can also launch Realme Narzo 50A Prime with this smartphone. This phone has been found listed on Amazon. It is also being said in many reports that this phone can be launched on 30 April.

This smartphone will be launched without charger

Let us tell you that the company had revealed in a blog post a few weeks ago that their upcoming smartphone, the Realme Narzo 50A Prime, will be launched without a charger. Realme is not the first company that is taking such a step. You must be aware that Apple and Samsung are also doing this. Reality says that behind their decision is their awareness towards the protection of the environment.

Features of Realme Narzo 50A Prime

No information has come about the launch of this Realme smartphone in India, but because this smartphone has been launched in Indonesia, its features can be guessed. In Realme Narzo 50A Prime, you can get a 6.6-inch IPS LCD display, Full HD + resolution, 20: 9 aspect ratio, 180Hz touch sampling rate and 60Hz refresh.

This Realme smartphone can come with a triple rear camera setup which will include a 50MP main sensor, 2MP macro camera and 2MP portrait sensor. In this you will also get an 8MP selfie camera. Talking about the battery, this phone can come with 5,000mAh battery and 18W fast charging support. But you have to buy its fast charger separately.