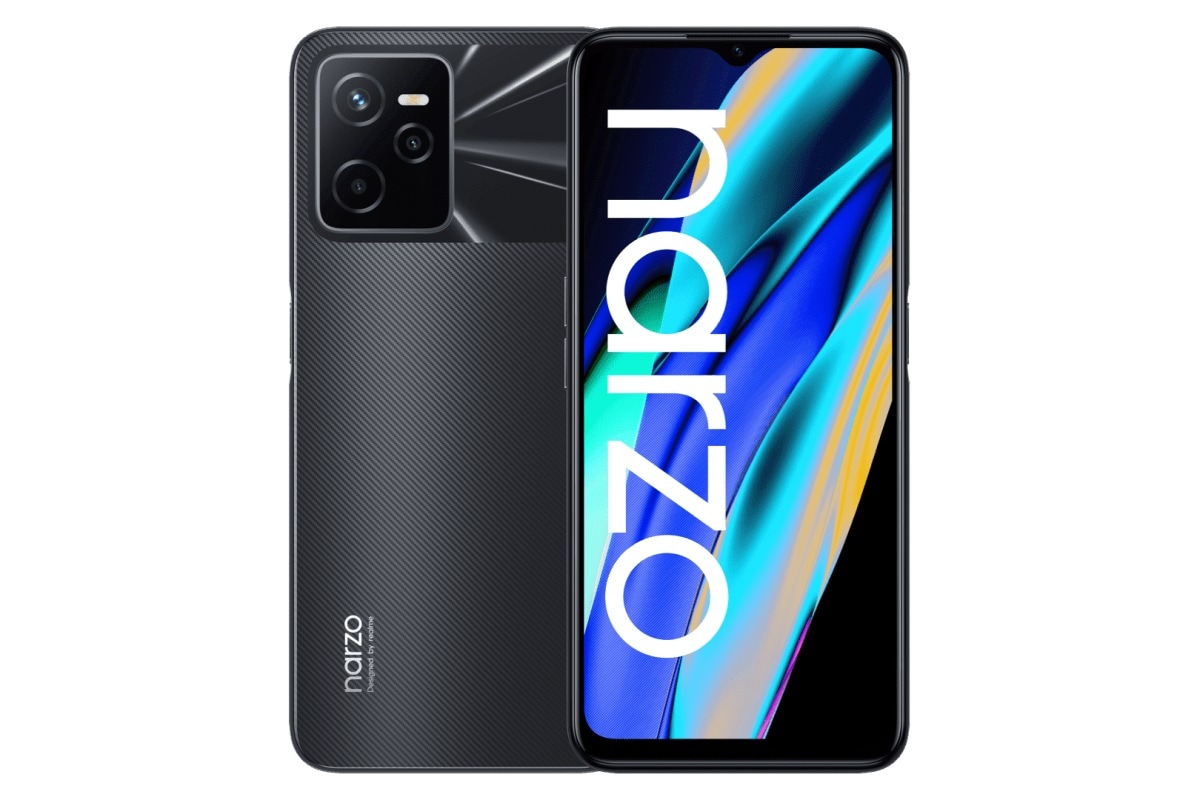 Price of Realme Narzo 50A Prime

Specifications of Realme Narzo 50A Prime

The Realme Narzo 50A Prime smartphone that comes with Dual-SIM (Nano) slot runs on the Realme UI R Edition based on Android 11. It features a 6.6-inch full-HD+ (2,408×1,080 pixels) display with 600 nits brightness and 16.7 million colors. This phone is equipped with an octa-core Unisoc T612 processor, which is paired with 4GB of RAM.

The Realme Narzo 50A Prime packs up to 128GB of internal storage, which can be expanded up to 1TB via microSD card. It also supports side-mounted fingerprint sensor. The phone packs a 5000mAh battery, which supports 18W charging.

The company has also launched the Realme V25 smartphone in China some time ago. This phone of Realme’s V-series comes with a display with 120Hz refresh rate and is equipped with Snapdragon 695 5G processor. Realme V25 has a triple rear camera setup, in which the main lens is 64 megapixels. The smartphone flaunts a hole-punch display and is packed with a 5,000mAh battery that supports 33W fast charging.