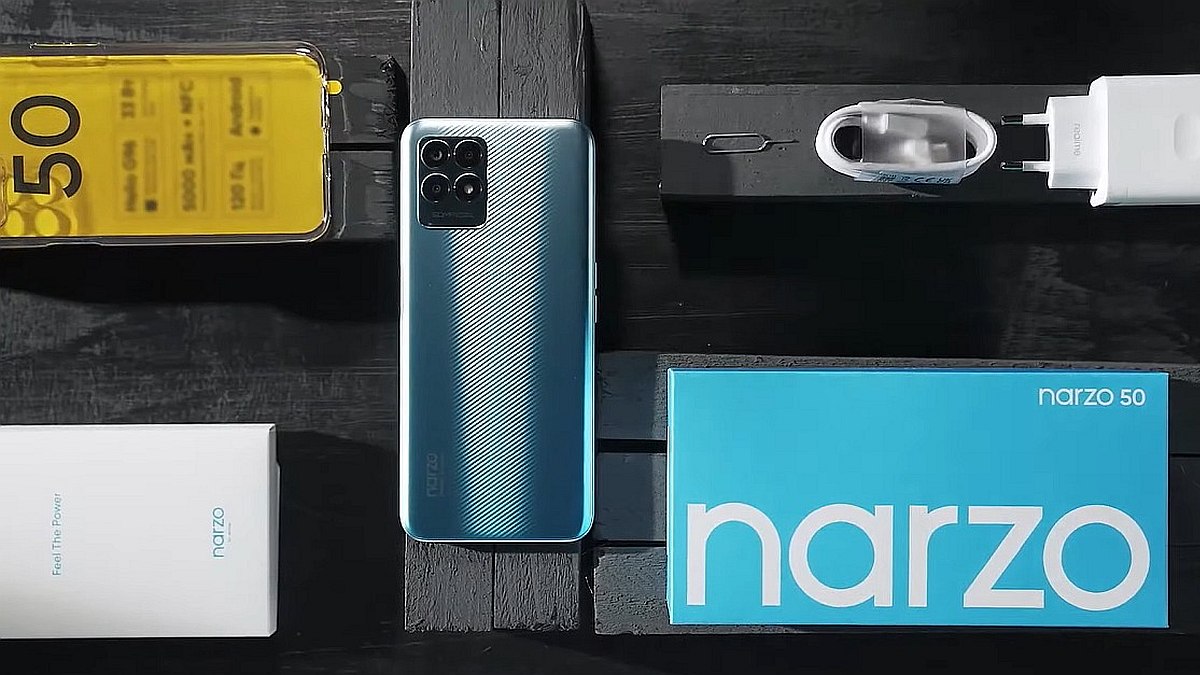 Realme Narzo 50 The price in India has been set at Rs 12,999. These prices are for the 4GB RAM + 64GB storage model. At the same time, the price of 6GB RAM + 128GB storage variant is Rs 15,499. This smartphone can be purchased in Speed ​​Black and Speed ​​Blue color options. Realme Narzo 50 will be sold from Amazon and the company’s online stores and retail stores. Narzo 50 will go on sale on March 3 at 12 noon.

The Realme Narzo 50 smartphone that comes with dual-SIM (Nano) slot runs on Android 11, which is layered by the company’s Realme UI 2.0. This phone has a 6.6-inch full-HD + (1,080×2,400 pixels) IPS LCD, which has a refresh rate of 120Hz. The smartphone is powered by MediaTek’s Helio G96 processor, paired with up to 6GB of RAM. This phone uses its own storage for virtual memory and the RAM can be expanded up to 11GB.

Realme Narzo 50 has a triple camera setup. It has a 50-megapixel primary camera, a 2-megapixel portrait camera, and a 2-megapixel macro camera. The phone has a 16-megapixel selfie camera. The Realme Narzo 50 offers up to 128GB of internal storage, which can be expanded up to 256GB via a dedicated SD card slot. Talking about connectivity options, then this smartphone is equipped with 4G LTE, Wi-Fi, Bluetooth and GPS etc. The phone is backed by a 5,000mAh battery, which packs a 33W SuperDart fast charger in the box.