Realme is offering a bumper discount of Rs 7,000 on this premium smartphone, don’t miss your chance 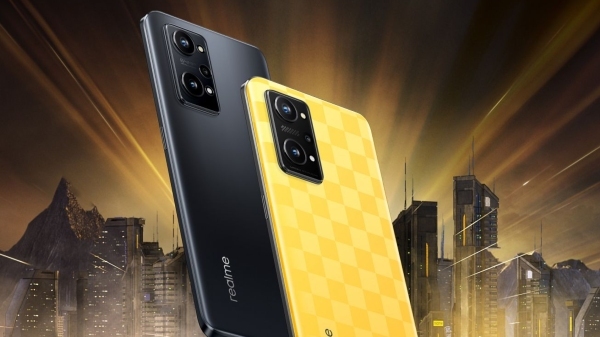 The Realme GT Neo 3T is all set to launch in India this week. The company’s upcoming mid-range phone in the GT series will launch in India on September 16, just ahead of the Flipkart Big Billion Days and Amazon Great Indian Festival sales, which will start in the country from September 23. With just a few days left for the launch of the Realme GT Neo 3T, Realme has now confirmed that the upcoming GT Neo 3T will get up to Rs 7,000 off during this sale, which will also make it the most affordable device with 80W.

The Realme GT Neo 3T will launch in India on September 16 at 12:30 PM and the device is expected to go on sale during the Flipkart Big Billion Days sale. During the sale of the device, Realme confirmed that there will be offers of up to Rs 7,000 on the GT Neo 3T. However, the company did not reveal much about the offers. Going by Flipkart’s past records and current offer trends, it looks like it will be a combination of Rs 7,000 bank offers and pre-paid offers.

This price may also include an additional exchange bonus, as we have seen with many phones in the past. It is also worth mentioning that this offer is applicable for a limited time only. The company also says that it will be the most affordable phone with 80W charging and Snapdragon 870 SoC.

The GT Neo 3T sports a 6.62-inch E4 AMOLED display with 120Hz refresh rate. The phone draws power from the Snapdragon 870 chipset with 8GB of RAM and up to 256GB of internal storage. It has a 64MP primary camera, an 8MP ultra-wide camera, and a 2MP macro snapper. There is a 16MP selfie camera on the front. The phone packs a 5,000mAh battery that supports 80W fast charging. With this charger, the device can be charged up to 50% in just 12 minutes.