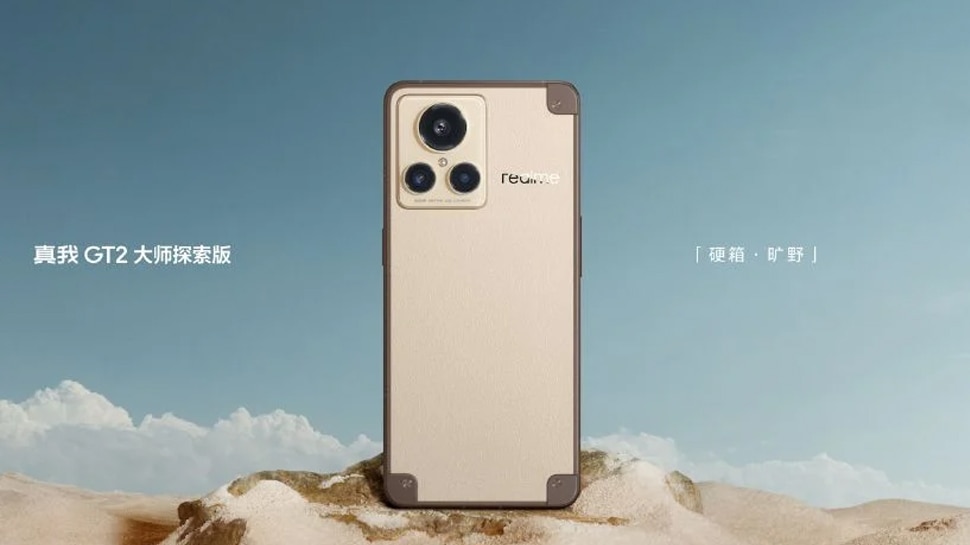 Realme GT 2 Master Explorer is coming to rock in a few days. The company is going to launch the phone on July 12 in China. The first picture of this banging smartphone of Realme has been revealed, in which the phone looks quite great.

The Realme GT 2 Master Explorer can be seen flaunting a leather back with a hard metal casing fitted with rivets at the edges. The device will also come in green and white color options. However, it is not clear whether these shades will support the hard metal casing design as well. There is an AMOLED panel on the front side of the device with a punch-hole in the middle and slim bezels.

The Realme GT 2 Master Explorer will sport a 6.7-inch AMOLED display with an integrated fingerprint sensor. It will have full HD + resolution of 1080 x 2400 pixels and a refresh rate of 120 Hz. On the front, it will have a 16-megapixel camera for selfies and video calls. Its back panel has two 50 megapixel sensors and a 2 megapixel camera. It will come preloaded with Android 12 OS and Realme UI 3.0.