Realme GT Neo 3T launched in India, the phone will charge 50% in 12 minutes, know the features 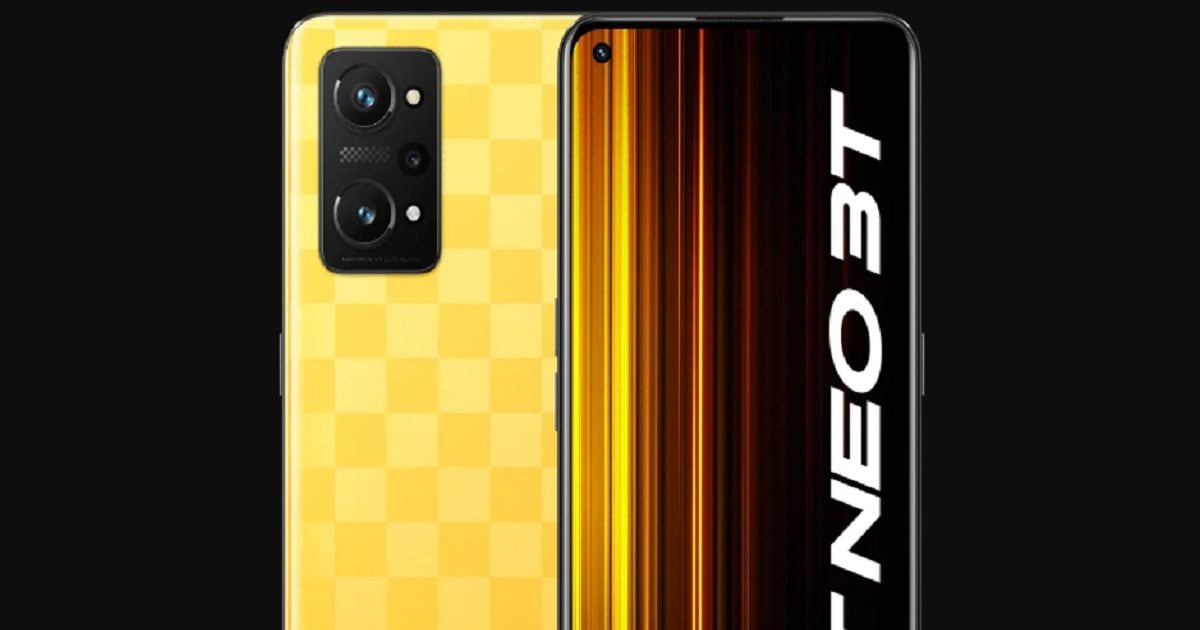 The GT Neo 3T has been introduced in India in three configurations.

New Delhi. Realme has launched the GT Neo 3T smartphone in India. With the launch of this phone, the wait for the fans of GT Neo 3T is over. The company claims that GT Neo 3T is India’s most affordable smartphone which is equipped with 80W fast charging. Its biggest feature is that it charges the phone up to 50 percent in just 12 minutes.

Realme GT Neo 3T price in India
The GT Neo 3T has been introduced in India in three configurations. The price of all three variants is Rs 29,999 for 6GB + 128GB variant, Rs 31,999 for 8GB + 128GB and Rs 33,999 for 8GB + 256GB respectively. Let us tell for the users that the first sale of Realme GT Neo 3T will start on 23 September. It will be available for users on Flipkart and Realme. The special thing is that during Flipkart Big Billion Days, there will also be a discount of up to Rs 7,000 on Axis and ICICI Bank cards. In such a situation, after the discount, the price of all three variants of the smartphone will be Rs 22,999, Rs 24,999 and Rs 26,999. The Realme GT Neo 3T is available in three color options – Drifting White, Dash Yellow and Shade Black.

Realme GT Neo 3T Specifications and Features
The GT Neo 3T will get a 6.62-inch FullHD + AMOLED display with 120Hz refresh rate and Corning Gorilla Glass 5 protection. Apart from this, the phone screen will also have an in-display fingerprint scanner. The GT Neo series smartphone has an octa-core Qualcomm Snapdragon 870 processor. There will be up to 8GB of LPPDR5 RAM and 256GB of UFS 3.1 internal storage. The smartphone comes pre-loaded with Realme’s proprietary Realme UI 3.0 based on Android 12.

A 16-megapixel camera will be available on the front
Realme GT Neo 3T is equipped with 5000mAh battery unit and 80W fast charging support. It relies on the Type-C port for charging and data transfer. On the camera front, the Realme GT Neo 3T will sport a triple camera system at the back, consisting of a 64-megapixel main sensor, an 8-megapixel ultrawide sensor, and a 2-megapixel tertiary sensor. A 16-megapixel camera will be available at the front for selfies and video calls.