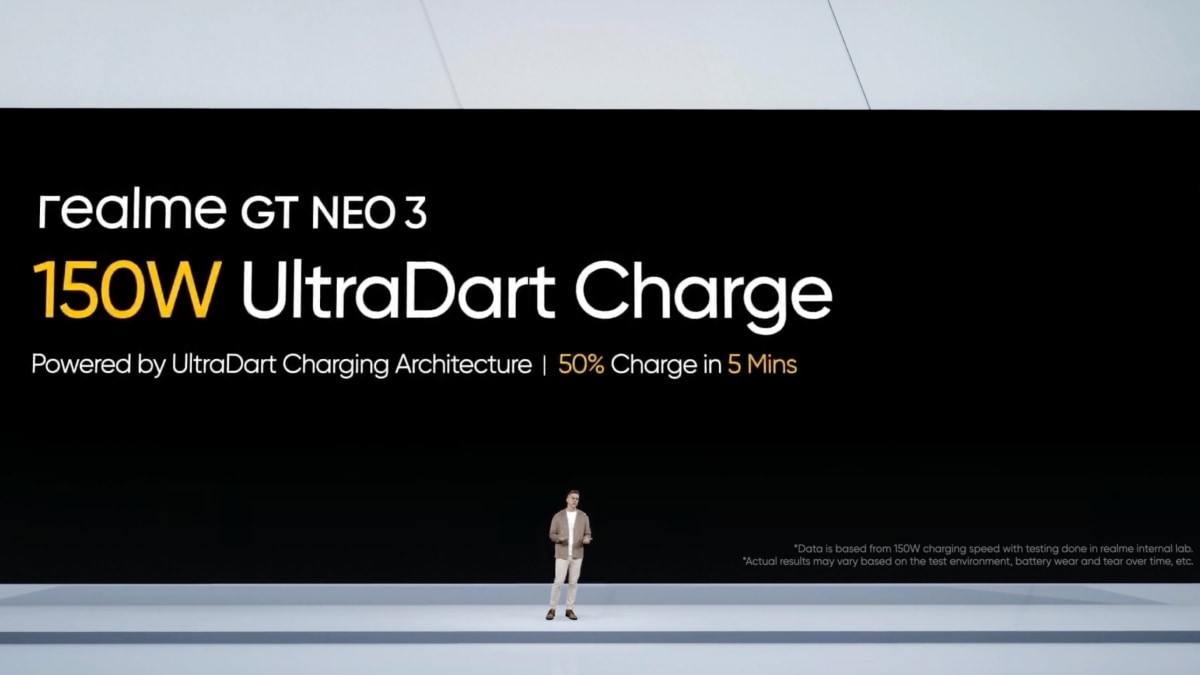 The specifications of the Realme GT Neo 3 have been leaked online, which suggests that the smartphone will be powered by MediaTek Dimensity 8100 SoC and a 6.7-inch full-HD+ OLED display. Realme has already revealed that the phone will sport 150W UltraDart fast charging technology. Meanwhile, the Realme 9 4G has reportedly been spotted on several certification websites including the US Federal Communications Commission (FCC), Eurasian Economic Commission (EEC), Element Materials Technology (EMT), Bureau of Indian Standards (BIS) and Cmaera FV-5. Is. They suggest that the alleged Realme 9 4G will come with a 48-megapixel primary camera sensor.

Tipster Yogesh Brar has revealed the specifications of the Realme GT Neo 3 share have done. they say that realme The smartphone will sport a 10-bit 6.7-inch full-HD+ OLED display with HDR 10+ and 120Hz refresh rate. It will include the MediaTek Dimensity 8100 SoC, which was launched earlier this week. launched Was. The information about Realme GT Neo 3 coming with Dimensity 8100 SoC was first shared by tipster Digital Chat Station.

On the camera front, the Realme GT Neo 3 is expected to sport a triple rear camera setup with a 50-megapixel Sony IMX766 sensor with OIS. The tipster says that the setup will include an 8-megapixel ultra-wide, and a 2-megapixel telephoto shooter that can also be used as a macro camera. On the front, it is claimed to have a 16-megapixel sensor. It will come with a 4,500mAh battery with 150W UltraDart fast charging. This fast charging tech was unveiled by Realme at the MWC 2022 event. declared did.

The tipster also claims that the phone will launch in April. However, he has not told in which market this phone will be launched first. Meanwhile, a report quoted Realme Vice President Madhav Sheth as saying that the Realme GT Neo 3 will launch in the second half of 2022.