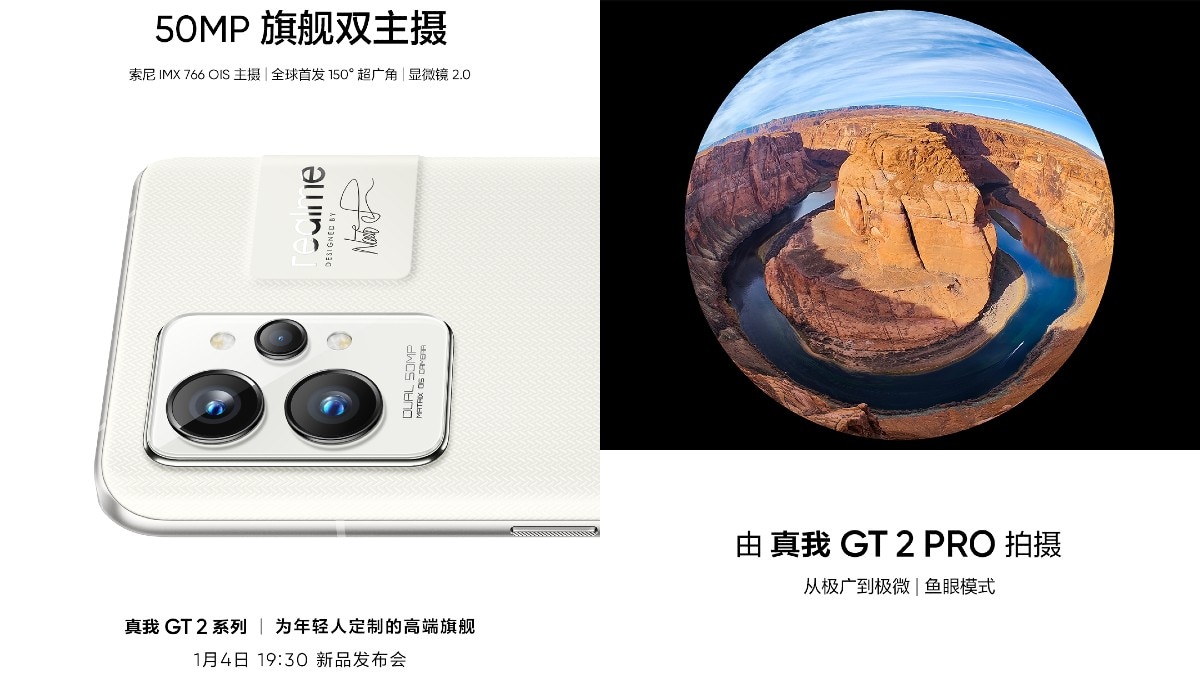 Information about the camera specification of the Realme GT 2 Pro smartphone has been revealed and it is being said that many photography features will be present in it. Realme shared in two separate posts on Chinese micro-blogging site Weibo that the smartphone will have a triple rear camera setup, whose primary camera will be 50 megapixels. The Realme GT 2 series may include three different models, which will include the regular Realme GT 2, Realme GT 2 Pro and Realme GT 2 Master Edition smartphones. This phone will be launched in China on January 4.

realme on the Chinese micro-blogging site Weibo Post Did it In the first post, the company informed that Realme GT 2 Pro The phone will have a 50-megapixel Sony IMX766 primary camera, with which optical image stabilization (OIS) will be present. The second sensor of the phone will also be of 50 megapixels and with it 150 degree field-of-view will be offered. Realme says that it will be the first smartphone in the world to come with such a wide-angle camera.

other weibo Post Realme teased the GT2 Pro’s third camera sensor, which is Microscope 2.0, that will be capable of capturing extreme micro images. It was informed in the old leak that the third camera will be of 2 megapixels, with which a micro lens can be found.

Meanwhile, by posting Tipster Digital Chat Station, it has been informed that the depth of field in the microscope lens of Reality GT 2 Pro has been upgraded by 4 times and the distance of the object has increased by almost 2 times. Tipster also claims that the camera can also detect content like skin and water. Talking about other features of Reality GT 2 Pro Fan, then it will be given Fisheye mode, which will give ultra-long depth of field effect.

Apart from this, the camera module of the phone can be seen with the signature in the image teased by Realme. This phone could be the Realme GT 2 Pro Master Edition, which has been co-designed by Realme design studio and Japanese designer Naoto Fukasawa.