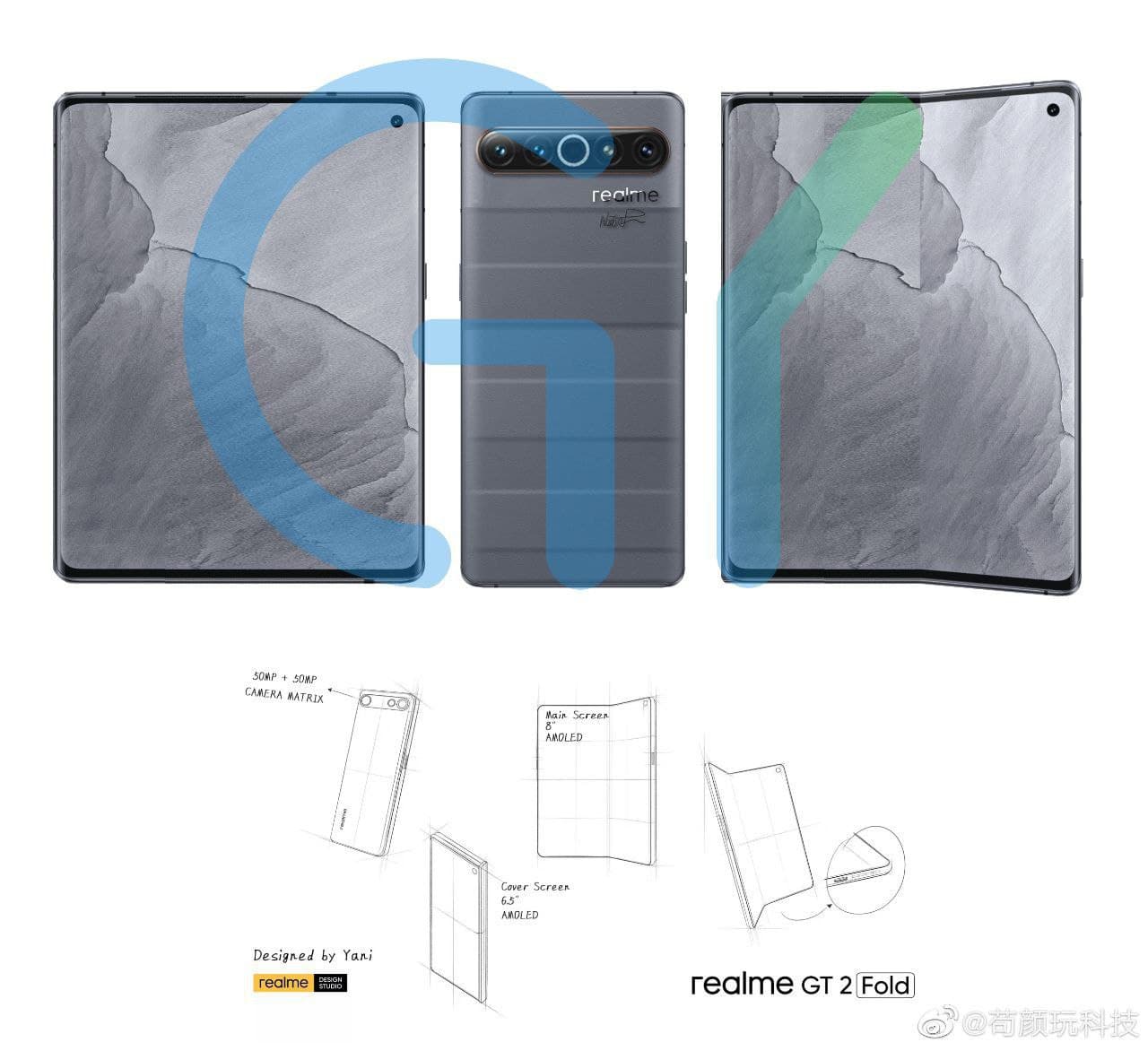 Rumors that Realme is preparing a foldable smartphone with a flexible screen were confirmed by an insider who managed to get acquainted with a working copy. The informant notes that his skills in graphic editors are not at the level to accurately reproduce the design, but he tried to depict the device as similar as possible to what was seen.

The device is called Realme GT 2 Fold, but it’s not a fact that the smartphone will go on sale under this designation. Inside is a large 8-inch flexible screen. Outside there is a 6.5-inch screen. On the back panel there is a horizontally placed camera unit, very similar to the camera unit in Meizu 17 or Meizu 17 Pro. It is expected that the main camera of the novelty will include two 50-megapixel sensors.

There is no exact date for the announcement of the promising Realme GT 2 Fold, but, apparently, the device has already been finalized and, therefore, the premiere is not far off.