Realme 9 Pro series will be launched in India on February 16, the company has confirmed 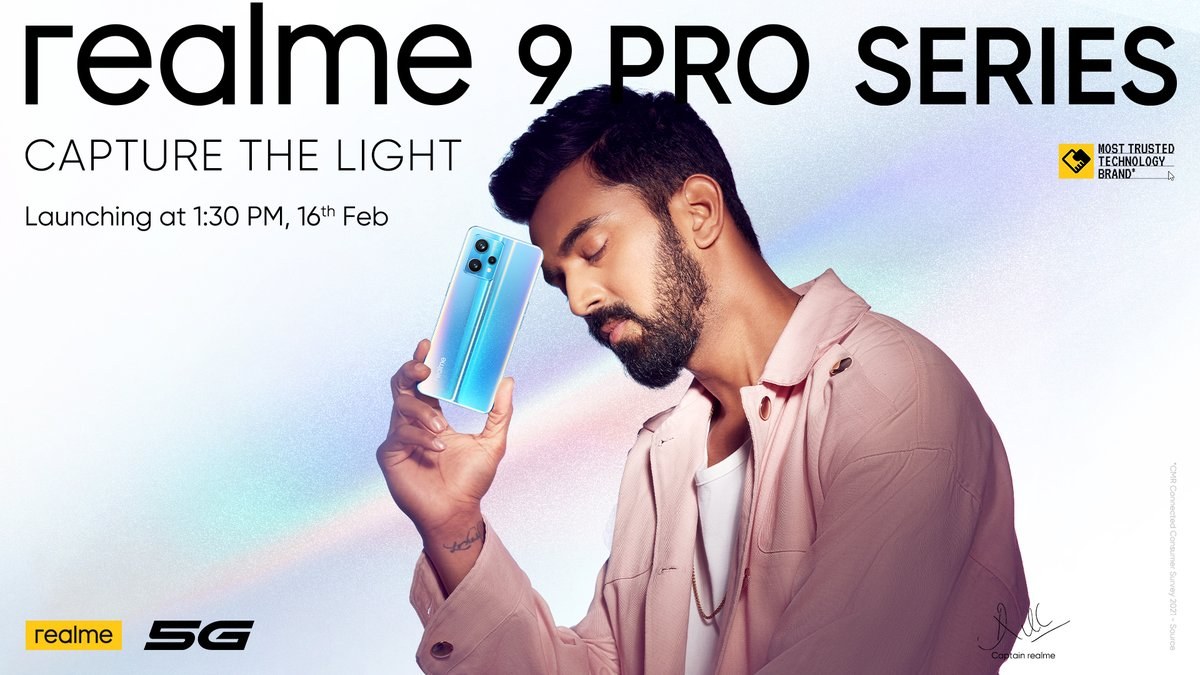 Realme 9 Pro series will be launched in India on February 16, the information of which has been made public by the company. The company has revealed the launch date and time on its official Twitter handle. Let us tell you, the Realme 9 Pro lineup will include two models which will be – Realme 9 Pro and Realme 9 Pro + smartphones. It is being said about Reality 9 Pro that it will get a hole-punch display design. Apart from this, both the phones can knock with triple rear camera setup.

Realme India has announced its official Twitter By sharing the post on the handle, it has been informed that Realme 9 Pro The series will launch in India on February 16. The series will be launched virtually, which will be livestreamed on the company’s social media channels. This launch event will start on February 16 at 1.30 pm.

Realme 9 Pro+ Regarding the phone, it has been said that it will come with a color changing back panel, in which the phone will appear in blue and red shades after coming in sunlight. Apart from this, Sunrise Blue and Green color options can be found in this. Recently, the blue color variant of Realme 9 Pro has been seen in the hands of Indian cricket star KL Rahul, KL Rahul can also be seen in the poster giving information about the launch date.

Previous reports claimed that the Realme 9 Pro will sport a 6.59-inch display with 120Hz refresh rate. This device can be equipped with Qualcomm Snapdragon 695 5G processor, which will be equipped with 6GB or 8GB RAM and 128GB internal storage. 64 megapixel primary sensor, 8 megapixel secondary camera and another 2 megapixel sensor can be given in these realme smartphones. 16-megapixel camera for selfie is being said to be found in these phones. The Realme phone is said to come with a 5,000mAh battery with 33W fast charging support and an under-display fingerprint sensor.

For photography, a triple rear camera setup will be available in the Realme 9 Pro Plus phone, in which a 50-megapixel primary camera and a 16-megapixel selfie camera can be found. Apart from this, the phone will get MediaTek Dimensity 920 5G processor, AMOLED display and in-display fingerprint sensor.