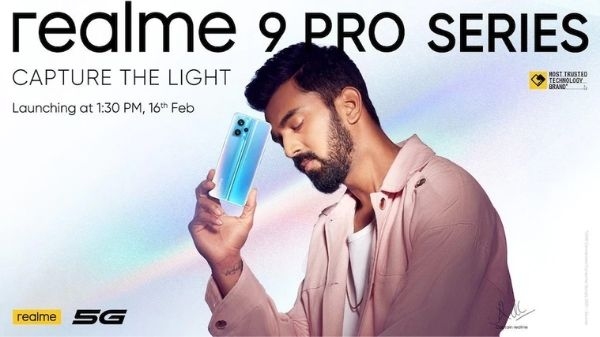 Apart from the color-changing design, the back of the Realme 9 Pro+ is confirmed to come with a triple camera setup consisting of a 50MP main Sony IMX766 sensor along with an optionally stabilized lens. It is already known that the phone will be powered by MediaTek Dimensity 920 chip.

Now let’s talk about the other specifications of the Realme 9 Pro, then one of the variants of the phone, which Realme has called Sunrise Blue, will have a light shift design, which says that it will light up when exposed to UV light. The back panel will change color (from light blue to red). We have also seen something similar on Vivo’s recently launched V23 series phone. Realme, expected, will also offer the Realme 9 Pro 5G series in a non-color changing variant.

The Realme 9 Pro+ will exclusively come with a triple camera setup on the rear with a 50MP main Sony IMX766 sensor with OIS and EIS. Reality claims that this will be the first phone in its segment to have such a setup that will bring great quality photos.

The Realme 9 Pro+ is confirmed to come with MediaTek Dimensity 920, the same chip that also powers the Xiaomi 11i HyperCharge and Vivo V23 in India. This phone will also come with built-in heart rate sensor.

Talking about the price, the company has not shared any information about the price of Realme 9 Pro + and Realme 9 Pro in India, that is, it will have to wait a bit. However, Madhav Seth told in AskMadhav on YouTube that its price will be more than 15 thousand rupees.