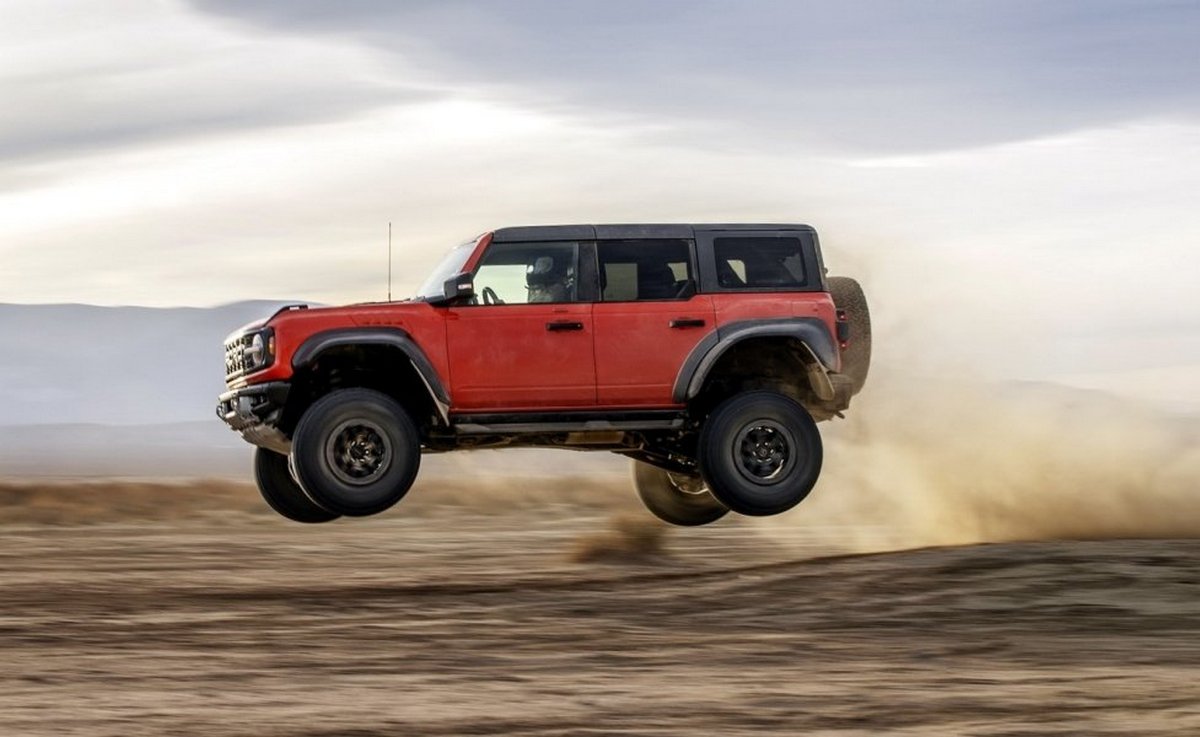 Ford has unveiled the 2020 Ford Bronco Raptor SUV, which is powered by a 3.0-liter turbocharged V6 EcoBoost engine with over 400 hp. The same engine, installed by the Ford Explorer ST, has a power of 405 hp. and develops a torque of 560 Nm

The new car has not only become more powerful, but also better prepared for off-road. Ford Bronco Raptor 2020 is equipped with a 10-speed automatic transmission, and its all-wheel drive is complemented by a reduction gear. New reinforced axles and a mode selection system for different types of off-road have been created for it.

The car received 37-inch BFGoodrich K02 off-road tires, while the ground clearance is an impressive 332 mm. In addition, the car received a reinforced suspension from the Ford F-150 Raptor with new shock absorbers and increased stroke to 340 mm at the front and up to 356 mm at the rear.

The interior has sports seats and a steering wheel, and the digital instrument panel has been redesigned. The Ford Bronco Raptor package is complemented by all-round cameras and a 12-inch touch screen multimedia and entertainment system.

The 2020 Ford Bronco Raptor will compete with the Mercedes-Benz G-Class 4×4, as well as the top versions of the Land Rover Defender and Jeep Wrangler, while its price will be about 70-75 thousand dollars.