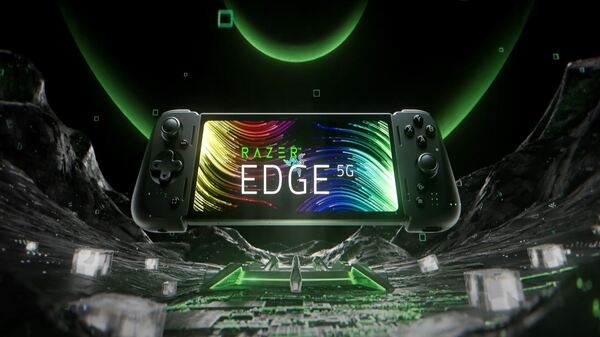 Razer has launched Edge 5G in the US for $399 (about Rs 33,000). The company has also clubbed the Kishi V2 Pro controller for the price. Those who want the Razer Edge Founders Edition, which also includes the Razer Hammerhead True Wireless earbuds, will have to shell out $499.99 (approximately Rs 41,200). The console is currently on pre-reserve and will be available for sale in the US starting January 2023.

The Edge 5G is powered by a Snapdragon G3X Gen 1 SoC, which was launched last year as one of the best chipsets for gaming devices. Using the SoC, the Edge5G comes with a host of features like Wi-Fi 6E, mmWave 5G and 144Hz refresh rate support for the display. While we’re at it, the screen is 6.8 inches tall. It is an AMOLED panel and supports 144Hz refresh rate.

The Edge 5G can be used to play AAA games, some of which come pre-installed. It also comes with Kishi V2 Pro controller. The console runs Android 12 out-of-the-box. It comes with a 5MP front camera and packs 8GB of LPDDR5 RAM. There is 128GB UFS 3.1 internal storage, which is expandable up to 2TB via microSD card slot. The console also comes with dual speakers and two microphones. It packs a 5000mAh battery. The console standalone weighs around 400 grams.