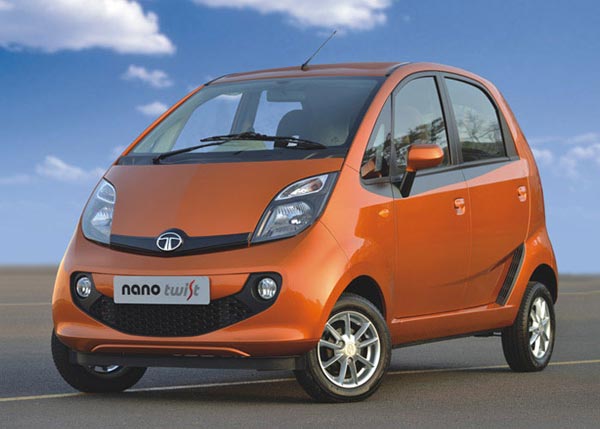 The latest information has come to light that the Electra EV has now built an electric vehicle based on the Tata Nano. What makes it even more special is that they have given the custom built Tata Nano electric vehicle to Ratan Tata, the founder of Tata Motors.

The company has shared a picture of Ratan Tata standing next to the Tata Nano EV on LinkedIn. The LinkedIn post read that “It’s a moment of truth for Team Electra EV as our founders ride in a custom-built 72V Nano EV powered by the engineering might of the Electra EV’s powertrain!”

It further read that “We are extremely proud to deliver the Nano EV from Mr. Tata and to gain insights from his invaluable feedback.” In the picture shared online, Mr. Ratan Tata and his 28-year-old assistant Shantanu Naidu can be seen posing with the Tata Nano EV.

The Electra EV uses the 72V architecture for the custom-built Tata Nano EV. This architecture has helped the Electra EV to extend the range to 140 km from the Tigor EV (taxi variant) and modify the design to increase the driving range.

The range of the Xpress T EV version of the Tata Tigor has been increased to 213 kms without any change in the powertrain. The Tata Nano EV seen here in the pictures looks exactly like the petrol powered Nano. It is still a 4-door, 4-seater small hatchback.

But this car is now powered by a super polymer lithium-ion battery. The Tata Nano EV is expected to have a driving range of 160 km and can reach 0-60 kmph in less than 10 seconds.

If the Tata Nano comes back in the form of an electric car, then it is believed that it will prove to be an ideal city car without harming the environment. The Tata Nano was actually the brainchild of Ratan Tata and was launched with a vision to make cars accessible to all in the country.

Surprisingly, this is not the first time that Tata has converted the Nano into an electric vehicle. A few years back, Ola, which had recently launched an electric scooter, developed a battery-powered variant of the Tata Nano.

A limited number of electric Nanos were manufactured in association with Coimbatore-based Jayem Automotives. Unfortunately the project never made its way to production. The Nano EV by Electra EV can indeed be a good option for those who want a small electric car for their drive within the city.