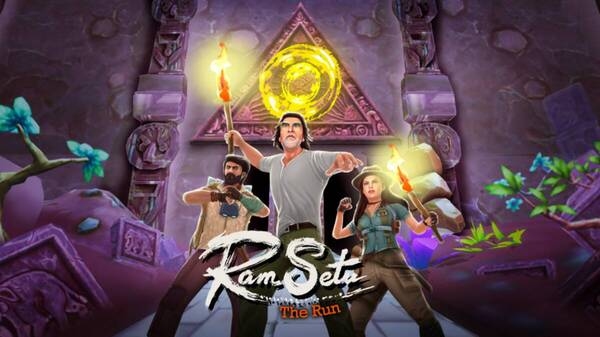 Ram Setu Game: Domestic gaming company nCore Games has partnered with the makers of Akshay Kumar’s film Ram Setu to make a new game called Ram Setu: The Run. Is. The game was launched on 14 October for mobile on Apple App Store and Google Play Store.

Players in the game can play the character of the film – Dr. Aryan Kulshrestha (Akshay Kumar), Sandra (Jacqueline Fernandez), or AP (Satyadev Kancharan) as well.
In addition to avoiding obstacles and obstacles, players can shoot down enemies, drive jeeps, and evade drones in a series of in-game challenges.

This game is coming to replace BGMI, how to pre-register

In recent times, the Indian government has urged its citizens to support indigenous apps and become self-reliant. Looks like Ram Setu: The Run nCore and Dot9 is the answer.
Although the Indian sports industry has gone from strength to strength in recent years, there has been a distinct lack of IP manufacturing. With its Made-in-India ethos, Ram Setu: The Run is a step in that direction.

Government is going to take a big decision regarding online games, there may be a shock of 440 Watt

The mission is challenging. The action is endless…
Transform into Aryan Kulshreshtha, my avatar in #RamSetu:TheRun and be a part of the world of Ram Setu.

What is the story of Ram Setu

The story of Ram Setu revolves around an atheist Aryan Kulshrestha (Kumar) who must race against time to prove the real existence of the mythical Ram Setu before the pillar of India’s heritage is destroyed by evil forces.
Directed by Abhishek Sharma, the film also stars Jacqueline, Fernandez, Nushrat Bharucha and Satya Dev in lead roles.
On October 25, 2022, ‘Ram Setu’ will have a big Bollywood clash with Ajay Devgn and Sidharth Malhotra-starrer comedy ‘Thank God’. After the big screen, ‘Ram Setu’ will be available on Amazon Prime Video. The film is produced by Aruna Bhatia (Cape of Good Films), Vikram Malhotra (Abudantia Entertainment), Subhaskaran, Mahavir Jain and Ashish Singh (Lyca Productions) and Prime Video, with Dr Chandraprakash Dwivedi as the creative producer.