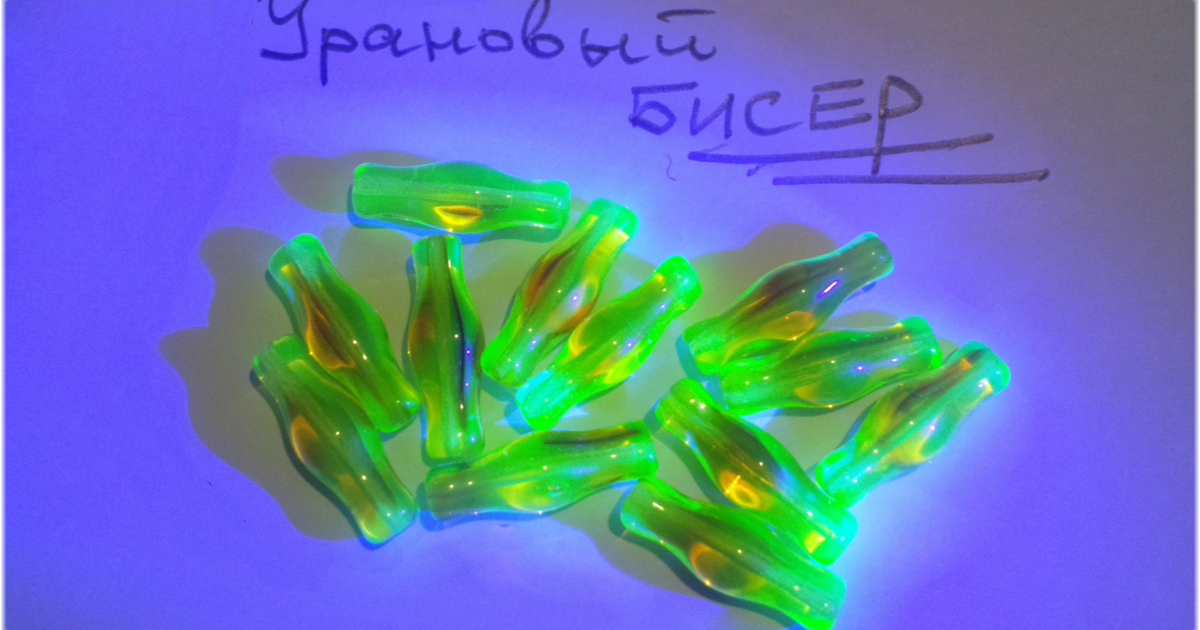 In short, uranium and its compounds are toxic. If they enter the human body, then they affect all its cells and organs. First, the kidneys are affected, and disorders in the nervous system and circulatory system may also occur. Also, uranium ions can remain for a long time (several years) in the liver, kidneys, bone tissue and genital tissues. True, in fact, jewelry can be dangerous in this sense only if it is regularly swallowed by children.

As far as radiology is concerned, the main hazard posed by uranium is alpha radiation. This type of radiation is dangerous if particles enter the mucous membranes, lungs, and the gastrointestinal tract. Therefore, those who are engaged in the production of uranium glass are at risk.

In general, beta radiation is considered the main threat from uranium jewelry (beads, beads). The most vulnerable to this type of radiation are the upper layers of the skin, mucous membranes, and hematopoietic organs.

Therefore, it is still important to check the radiation level of such small objects as beads or beads. In addition, they are either constantly next to the skin (since they are used as jewelry), or they can be easily swallowed by a child.