Radeon RX 7900 graphics cards transfer data between chips in the GPU at speeds up to 5.3 TB / s 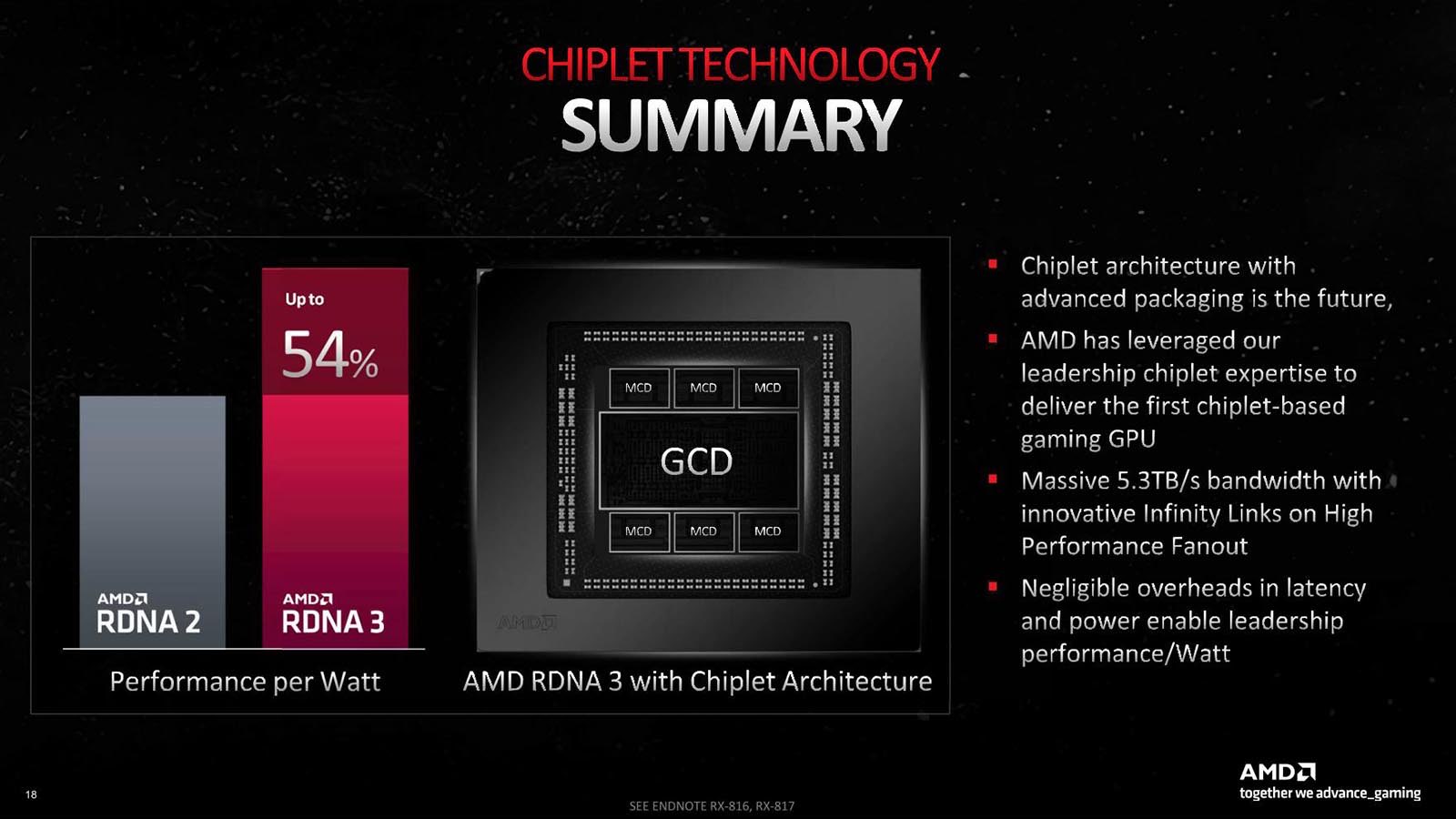 As you know, the Navi 31 GPU, which underpins the Radeon RX 7900 graphics cards, is the first multi-chip consumer GPU. As it is now known, these crystals are connected to each other through a very fast interface.

The Infinity Links bus in the case of the new GPU transmits data at a speed of 9 Gb / s. This is an order of magnitude more than in the case of Ryzen processors. The peak throughput of the connection between the MCD and GDC crystals reaches 5.3 TB / s.

Of course, for gamers, just the final performance is important, but it cannot be assessed by such architectural features. Recall that the new AMD video cards will hit the market on December 13, so there is a month left until we find out what the company has done this time.