Queen Elizabeth II used to drive cars worth crores, from Land Rover to Bentley were included in her garage 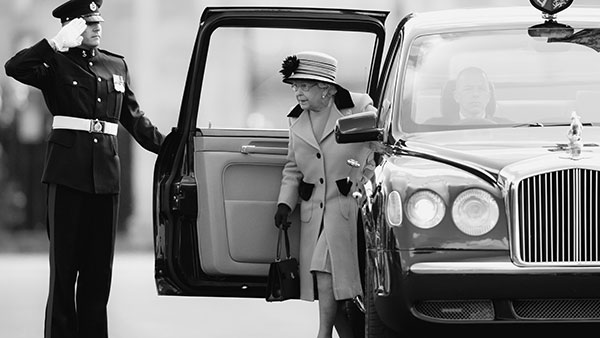 Queen Elizabeth II occupied the throne of Britain for 70 years. He also holds the record for the longest reign on the British throne. During this time, the Queen was also the mistress of the great wealth of the British royal family. Apart from the wealth of billions, the queen was also the owner of luxury vehicles.

Although Queen Elizabeth II used to accompany the driver most of the time, a few years ago she was seen driving her favorite Land Rover SUV herself. The British Queen has a long history of driving the best cars. Interestingly, the Queen was the only person in Britain who was able to drive without a valid driving licence.

The Queen was often seen driving cars such as Land Rover, Jaguar, and Daimler at the much-loved country retreat and Sandringham estate. Let’s take a look at the impressive car collection that Queen Elizabeth II has left behind.

The Daimler Super V8 LWB is one of the most impressive cars of the Queen. The royal car gets customized wheels and also gets a central armrest with a slide-out compartment. In this luxury car, the Queen used to travel often with some of her special guests.

The Land Rover Defender has also been one of the most favorite cars of the Queen. The Queen had around 30 Land Rover cars which were of different generations. These range from the old Series 1 to the new Defender.

The Queen’s car collection included royal cars such as the Rolls-Royce Phantom V and VI made in the 1950s and 1960s. Rolls Royce is known for luxury cars. Many famous celebrities around the world own Rolls Royce cars. The Rolls-Royce Cullinan and Phantom are the company’s best-selling Royal cars.

Queen Elizabeth and her husband Prince Philip presented Prince Charles with a 1965 Aston Martin DB6 Volante on the occasion of his 21st birthday. Aston Martin cars are quite popular around the world including the UK. Aston Martin is known for its fast and powerful cars.

The Queen also owned a royal Bentley limousine, which was specially designed ahead of her golden jubilee in 2002. The classy car has a top speed of 130 m/h and is powered by a 6.75-litre V8 engine that churns out 400 Bhp of power. The price of this luxurious car is around 10 million pounds.