PUBG: Extreme mode started in New State, there is a whole spice to make the game exciting 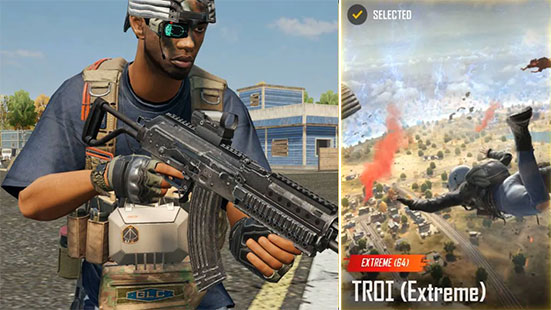 Extreme (64) mode has gone live in PUBG: New State. Through this gaming mode, players will get fast paced battle royale experience. Here the matches will be held in a small area, for which 64 players will enter the field and the winner will be decided in just 20 minutes. Let us know about this mode in detail.

Extreme mode of PUBG: New State is currently only enabled for the Troi map. Here players will be landed in a different part of the map each time. Since the match time is only 20 minutes, the playing zone will shrink very quickly.

Along with this, players will get the best loot in this mode to make the match exciting. Players will enter this mode with a P1911 handgun, a smoke grenade and 300 drone credits. The drone delivery and player landing time will also be reduced in this mode.

Extreme mode is new in the game right now, Crafton is giving double tier points to the players in this mode. Compared to the original Battle Royale mode, you will be able to accumulate points much faster and easily increase your ranking in Season 1.

PUBG: New State New Updates along with BR: Extreme, many more new changes will be seen. A new Weapon P90 will be added to the game. This is an SMG, which will be found in the Care Package. In this, players will get a 2x scope and a suppressor, but other attachments cannot be added. It will use 5.7mm bullets.

With the new update, a new season will also start in the game. This will replace the Preseason Tiers for all regions and modes and you will get a new rank based on your ranking. There will be new final rewards on Contender, Master and Conquerer ranks.

With the new update, PUBG New State will get new gun customization options, including DP-28 [C2] Muzzle Slot Access and Beryl M762 [C2] Lightweight Stock. Apart from this, the reload time of L85A3 will be reduced and the bullet spread of many more guns including shotgun, pistol will be reduced. Parker roll animation and dash animation will be added to the game, and other character animations will be improved.