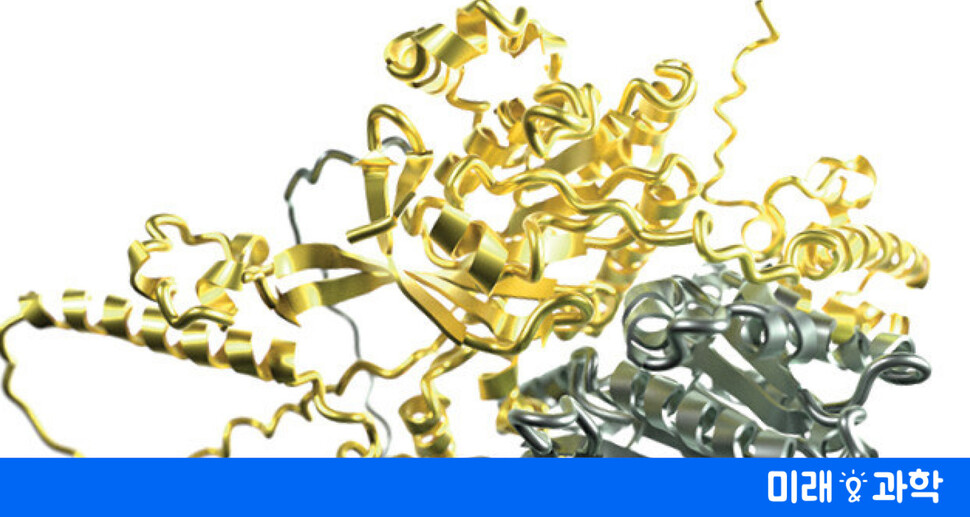 An example of a protein folding structure predicted by artificial intelligence. science provided

Proteins are basic substances that make up the body of living things and are mediators involved in almost all life activities at the cellular level. However, it is very difficult to know the structure as dozens to thousands of linear chains of 20 amino acids are folded into complex three-dimensional shapes. Even a small protein can yield an astronomical ‘number of cases’. American biochemist Christian Anfinsen, who was awarded the Nobel Prize in 1972 for his work in revealing the three-dimensional structure of proteins, expressed his hopeful hope that one day, the three-dimensional structure of all proteins could be predicted only by the sequence of amino acids in his award speech. . Now, 50 years later, scientists are getting closer to predicting the exact structure of proteins using the power of artificial intelligence (AI). The international scientific journal ‘Science’ has selected the development of artificial intelligence software that predicts protein folding structures as the best scientific achievement this year. Alpha Fold 2, which was announced by DeepMind, a subsidiary of Google, in December of last year became a cornerstone of innovation. Alphafold 2 recorded over 90% accuracy in the Protein Structure Prediction Competition (CASP). Until 2018, the prediction rate, which was at the highest level of 70%, was raised at once. Professor David Baker’s team at the University of Washington in the US developed ‘RoseTTAFold’, a protein structure detoxification program with similar performance based on Alpha Fold 2, and announced it in ‘Science’ in July. Rosetta Fold is an algorithm that can predict the structure without using less data than Alpha Fold 2, which was devised by Baek Min-kyung, a Korean scientist in Baker’s research team, after encountering Alpha Fold 2 at a protein structure prediction contest. 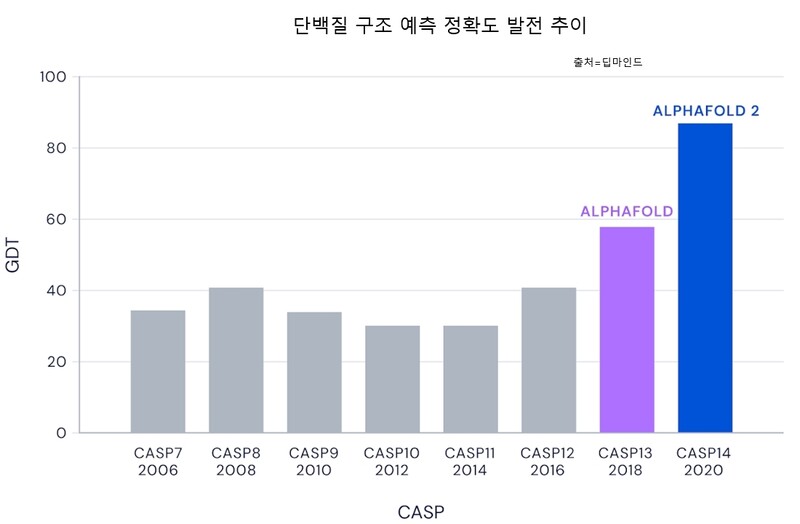 The next task is to predict protein-protein interactions.

On the same day as ‘Science’, DeepMind disclosed the details of Alpha Fold 2 through the scientific journal ‘Nature’, and a week later announced that Alpha Fold 2 had successfully detoxified 350,000 human proteins. This is equivalent to 44% of known human protein. In particular, the two research teams released the source code and database of the protein detoxification program to the public for free. They expect the protein structure database to grow to 100 million within the next few months. This is almost half of the total number of proteins on Earth. Science says the next step is to predict how these proteins interact. DeepMind has already announced the results of the first stage of its research through a pre-published thesis in October. In the paper, DeepMind revealed how 4433 protein complexes bind to each other. Researchers at the University of Washington also revealed the structure of 992 protein complexes in November. Other scientists also started a race to decipher the protein structure using the published codes of Alpha Fold 2 and Rosetta Fold. In August, Chinese scientists revealed the structures of about 200 proteins that bind to DNA using Alpha Fold 2, and in November, German and American scientists used Alpha Fold 2 and cryogenic electron microscopy to reveal the structures of 30 protein complexes. Alphabet, Google’s parent company, recently launched a new venture to design new drug candidates using protein structure prediction. Professor Baker’s team also started designing proteins targeting novel antiviral substances and enzymes with Rosettafold. 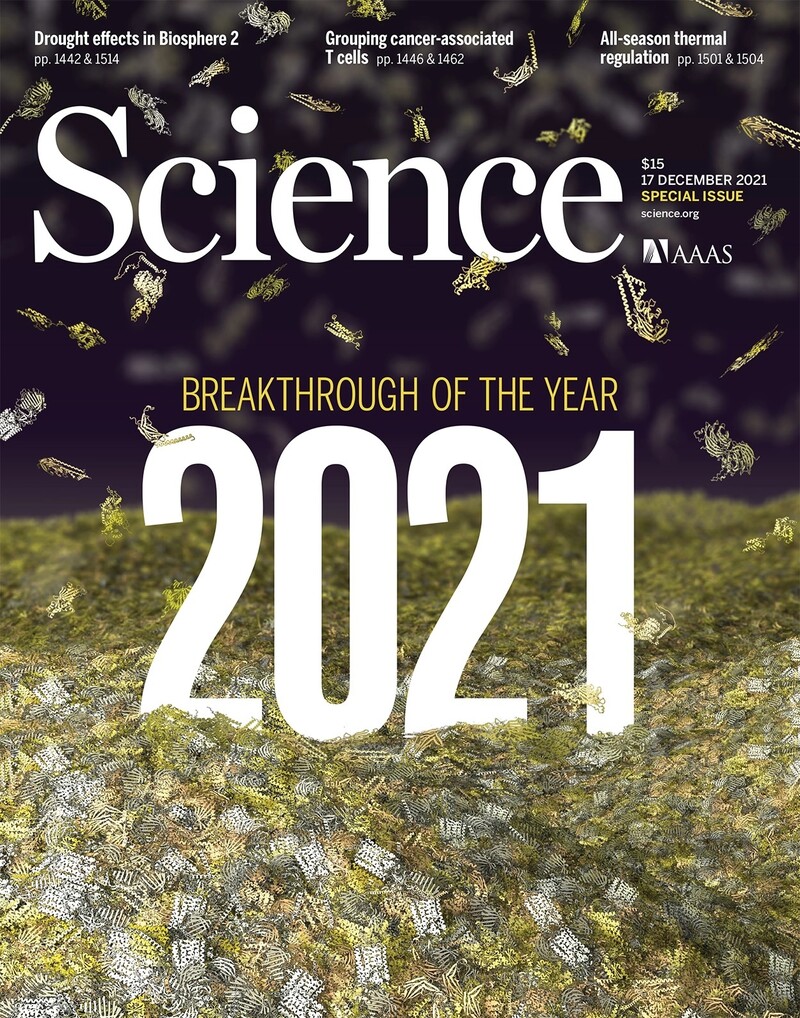 The cover of ‘Science’ with a picture of a protein folding structure pouring like snow as a background.

1st place in the reader’s vote

Holden Thorp, Editor-in-Chief of Science, said in an editorial: “The artificial intelligence-based protein folding prediction model can solve scientific problems that have been lingering for 50 years and enable CRISPR, a gene-editing tool, or atomic-level precision observation. “It is a game-changing technology that will greatly speed up scientific discovery, like cryo-EM,” he said. Protein folding prediction AI also took first place in the reader’s vote. It is the first time since 2018 that the editors and readers agree. In the screening of ‘Science Achievement of the Year’, ancient human DNA detection in sediment and in vivo gene editing experiments competed for first place until the end. In addition, the development of antiviral treatment for COVID-19, a new measurement method for ‘muon’, which has properties similar to electrons as one of the basic particles constituting the universe, observation of seismic activity on Mars, treatment of post-traumatic stress (PTSD) using hallucinogens, infectious diseases The development of monoclonal antibodies for treatment and the development of nuclear fusion energy technology were nominated. Senior Correspondent Kwak No-pil [email protected]