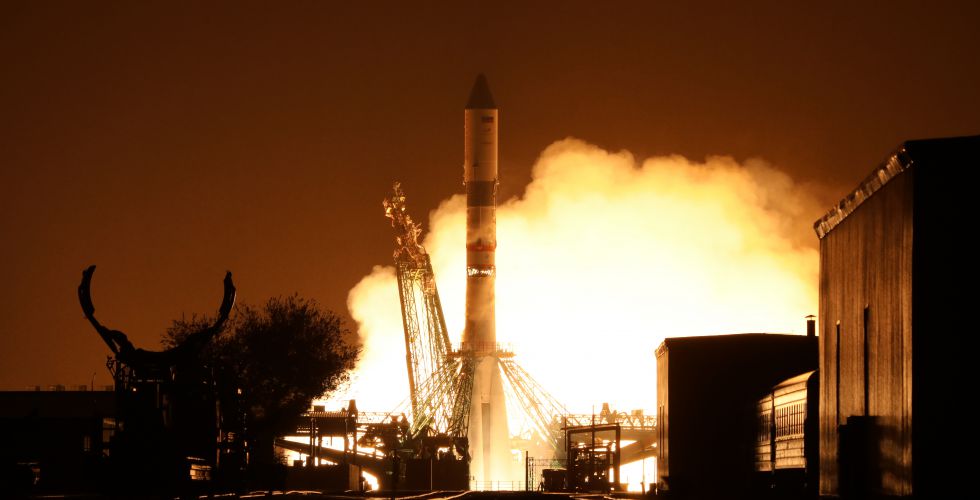 Today, October 26, 2022, at 03:20 Moscow time, the Soyuz-2.1a launch vehicle with the Progress MS-21 cargo spacecraft was launched from the 31st site of the Baikonur Cosmodrome, Roscosmos reports. The launch of the Progress MS-21 into a given orbit, its separation from the third stage of the rocket, the opening of the antennas and solar panels of the ship took place in the normal mode. Progress MS-21 flies to the International Space Station (ISS) on a two-day rendezvous pattern. Its docking to the Poisk small research module of the Russian segment of the station is scheduled for October 28 at 05:50 Moscow time. The crew of the 68th long-term expedition is waiting for him at the ISS, consisting of Roscosmos cosmonauts Sergei Prokopiev, Dmitry Petelin and Anna Kikina, NASA astronauts Francisco Rubio, Nicole Mann and Josh Kassada, as well as Japanese agency JAXA astronaut Koichi Wakata.

This was the 19th launch of a Russian launch vehicle in 2022, including the third with the Progress cargo ship. Progress MS-21 carries 2,520 kg of cargo to the ISS, including 702 kg of fuel for refueling the station, 420 kg of drinking water, 41 kg of nitrogen, and 1,357 kg of various equipment and materials. Among them are equipment for the systems of the Russian segment of the ISS, personal protective equipment, medical control and sanitary and hygienic equipment, clothing, food rations and fresh food for the crew. The ship will also deliver to the ISS kits for conducting Russian scientific experiments and spools of filament, a consumable material for a 3D printer. Relatively New Year’s giftswhich were supposed to be prepared and sent on the Progress MS-21 by the relatives of the cosmonauts and the psychological support group, Roskosmos has not yet reported anything.