Processor with the most powerful integrated graphics core. Minisforum UM690 Mini PC is based on Ryzen 9 6900HX 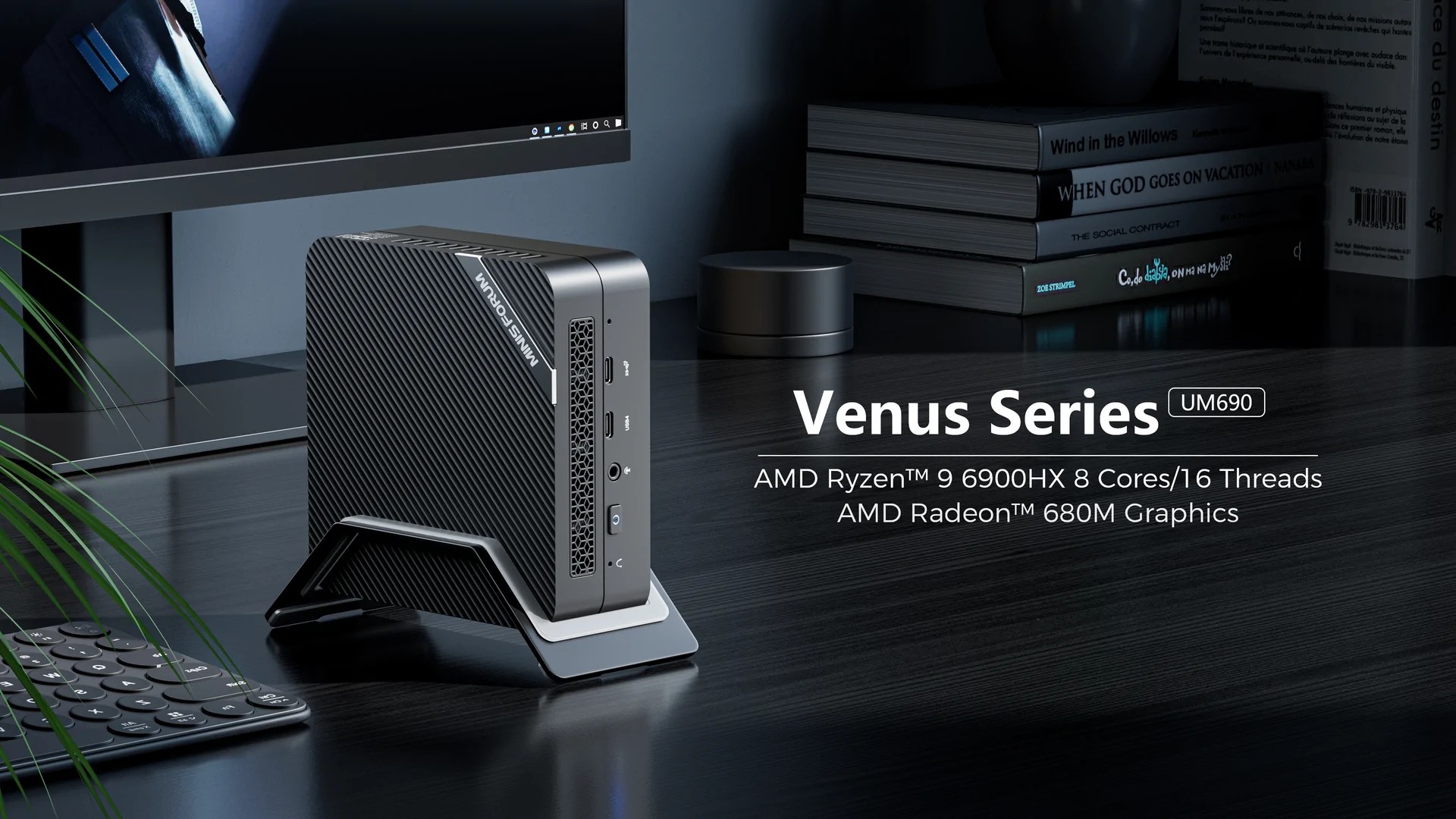 Minisforum has launched the Venus UM690 mini PC with the Ryzen 9 6900HX mobile processor, which is equipped with the most powerful integrated graphics core to date.

For some reason, the manufacturer does not indicate the dimensions, but the images show that the novelty is far from the largest among modern mini-PCs. At the same time, in addition to the Ryzen 9 6900HX, which offers considerable performance from both the CPU and especially the iGPU, there are from 16 to 64 GB of RAM, a 512 GB SSD and a very wide range of ports, including USB4, USB-C 3.2, USB 3.2 (x4), HDMI (x2) and RJ45. An 8K monitor can be connected to a PC, and thanks to USB4, it is possible to significantly increase the gaming performance of the device by connecting an external video card.