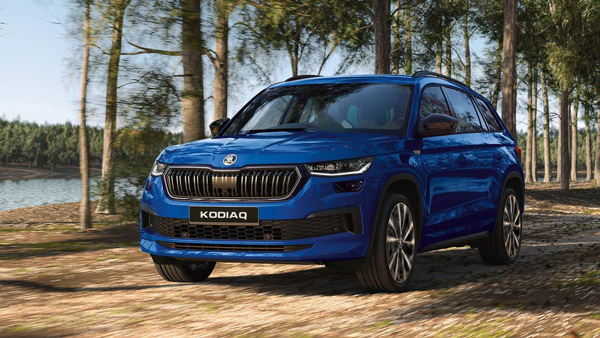 Let us tell you that Skoda Auto has increased the price of Kodiaq Facelift by up to Rs 1 lakh. Skoda Kodiaq Facelift is offered in a total of three variants. These variants include Style, Sportline and Laurin & Clement.

After the price hike, the price of its top-spec variant has gone up to Rs 38.49 lakh (ex-showroom). It should be noted that the prices of the 7-seater Skoda Kodiaq Facelift have been hiked uniformly by Rs 1 lakh and will be applicable on bookings made in the second batch.

At the same time, it is going to increase its touchpoint from 175 to 225. The Skoda Kodiaq Facelift will be powered by a new 2.0-litre TSI petrol engine. This engine generates 187 bhp power and 320 newton meter torque. The car is mated to a 7-speed DSG gearbox, which works on a 4-wheel drive based system.

The company claims that this car can accelerate from 0-100 kmph in just 7.5 seconds. The dual-tone black and beige theme has been used in the SUV, with a two-spoke steering wheel mounted on the dashboard.

Talking about the features of this SUV, it has been given a virtual cockpit, panoramic sunroof, LED headlight, LED taillight, LED foglamps, 3 zone climate control, and 8-inch touchscreen infotainment system. Inside the car are 12 speakers of 750 watts, which provide excellent quality sound.

The 2022 Skoda Kodiaq SUV will also feature a panoramic sunroof, which can be operated electrically. Other features include hands-free parking, ambient lighting, front and rear parking sensors, 9 airbags, rear parking sensors in Kodiaq. The car is 4,697 mm long, 1,882 mm wide and 1,665 mm high.

Talking about the exterior, it gets Skoda’s signature grille at the front, which uses chrome surround ribs. Apart from this, the company has been given illuminated eyes with body-coloured bumpers and front spoiler, retractable headlight washer, crystalline LED headlights from Skoda.