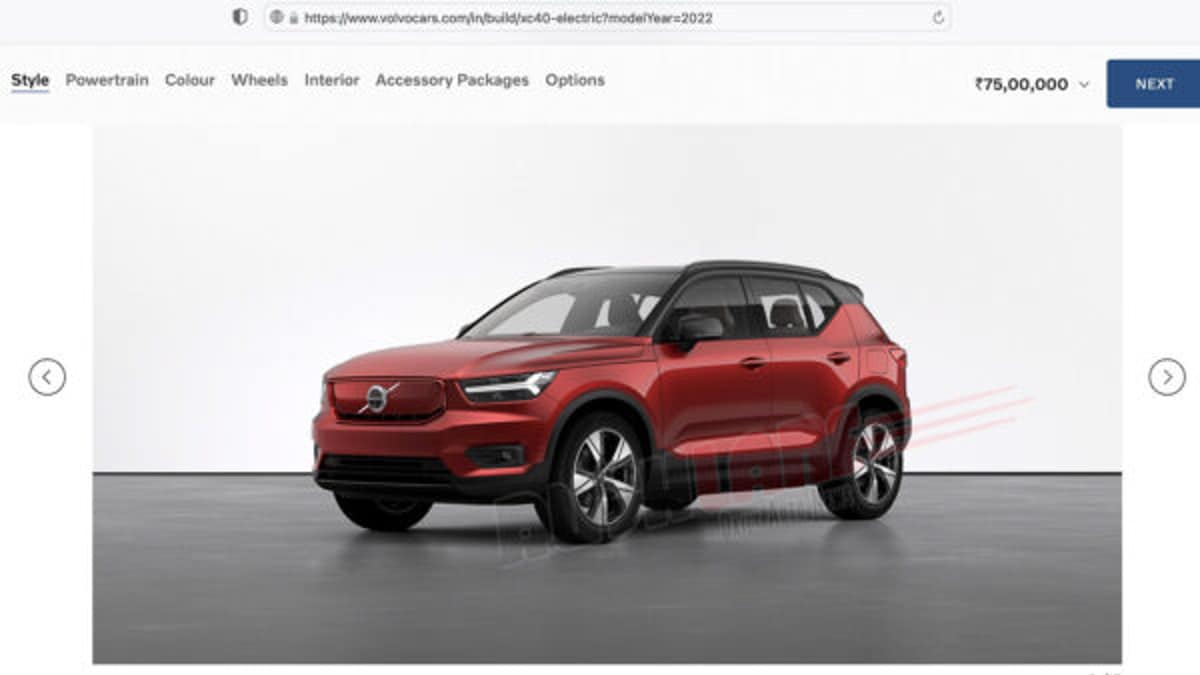 Volvo introduced the XC40 Recharge electric car in India in March last year and promised to open its bookings in June. Apart from this, the company had also said that its deliveries will start from October 2021. But, this did not happen and so far no official announcement has been made regarding the booking and delivery of the electric SUV car, but now the price of XC40 Recharge has been leaked through the company’s official website.

Automotive news-focused website Rushlane has seen the price of the XC40 Recharge on Volvo’s official website. by website share The screenshots taken shows that the electric car will be priced at Rs 75 lakh (ex-showroom) in India and will be made available as a Completely Built Unit (CBU) in India. We found that the company has official website Price information has been removed. However, all the specifications of the car have been listed in detail.

Equipped with a dual electric motor setup in the new Volvo XC40 Recharge, the powertrain will generate maximum power of 408 bhp and peak torque of 660 Nm. It has a battery pack of 75kWh capacity. Thanks to the complete setup, this electric car will be able to catch a top speed of 180 kmph as claimed by the company. The company has also claimed that the car will catch the speed of 0-100 kmph in 4.9 seconds. The car can give a range of 418 km in a single charge.

The XC40 Recharge will get a vertically fitted touchscreen infotainment system inside. This infotainment display will work on the operating system based on Android and will be equipped with the company’s in-car connectivity technology named ‘Volvo On Call’. According to the company, this system will be updated from time to time through over-the-air (OTA) updates.

Apart from this, the electric car will also get heated seats at front and back, 360-degree parking camera, lane assist and emergency braking system.