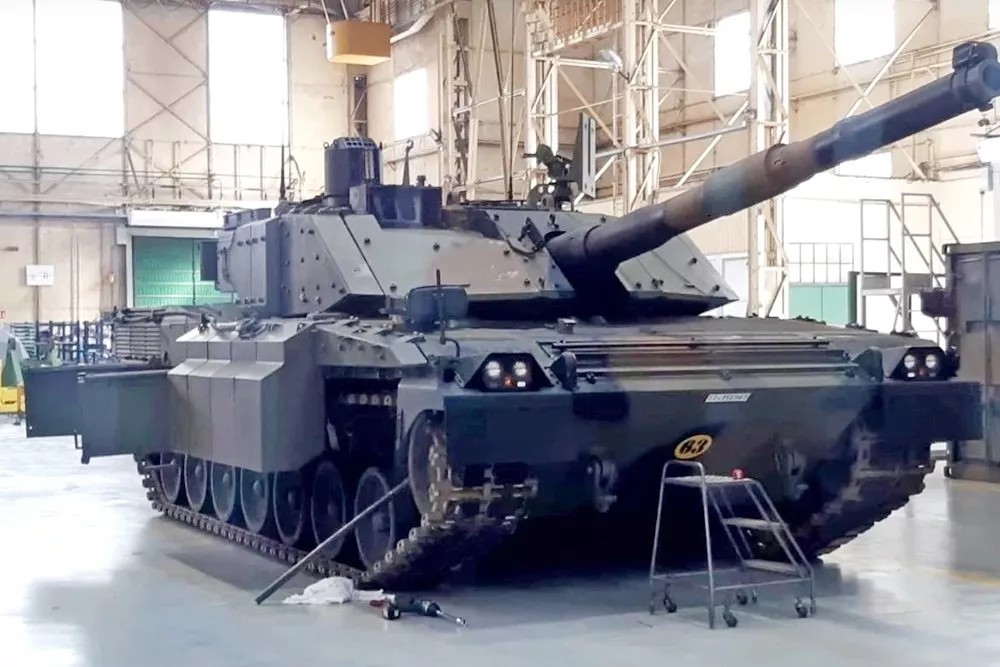 In Italy, the main battle tank C1 Ariete was upgraded, which received a set of reinforced armor. In particular, much attention was paid to the protection of lateral projections. On the sides of the hull and turret, blocks of “reactive armor”, lattice anti-cumulative screens appeared.

Also reported on the installation of new gunner’s and vehicle commander’s sights, which will improve the ability to use 120-mm guns at different times of the day. The gun itself will remain the same, but the use of more effective ammunition has been announced, the number of which reaches more than four dozen.

The upgraded tank uses an updated IVECO V12 MTCA power plant with a 1500 hp Common Rail fuel injection system. Such a motor will allow maintaining the maneuverability of a tank that has become heavier by several tons. Before modernization, he weighed 54,000 kg.

Production of the original C1 Ariete began in the mid-90s. In total, two hundred tanks were manufactured until 2002, of which only three dozen remained in service.