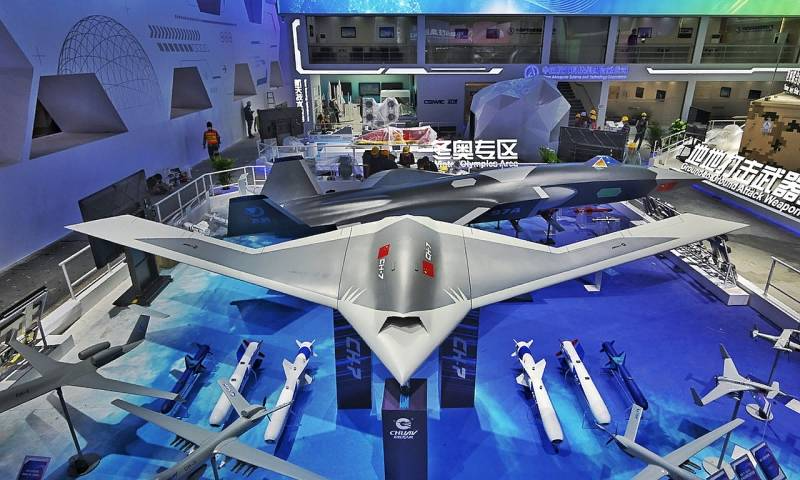 Airshow China 2022 showcases several types of modern drones, including the Caihong line of drones manufactured by China Aerospace Science and Technology Corp (CASC), one of the world leaders in the field of unmanned aerial vehicles.

The latest Caihong CH-7 stealth drone, the prototype of which, after a significant upgrade, was first presented to the public, aroused great interest among the visitors of the air show. The company’s chief engineer, Shi Wen, told China’s Global Times that the combat drone, the first of which was released in 2018, has been significantly upgraded based on flight tests and recommendations from the military.

The modified UAV received a wingspan of 26 meters, which is 4 meters more than the first model. The drone is capable of reaching a maximum flight altitude of 15 km, as opposed to 10-13 km, which its predecessor could climb. The maximum takeoff weight of the drone is 10 tons, which is also significantly more than its predecessor. In the modified version, the UAV received a higher degree of protection against enemy air defense detection.

The new version of the CH-7 is able to fly higher and stay in the air longer, conducting round-the-clock reconnaissance and monitoring in especially dangerous conditions. The drone is also capable of carrying more missiles and other precision-guided weapons.

In addition to military applications, the Caihong range of drones are being used for civilian surface monitoring over large areas.