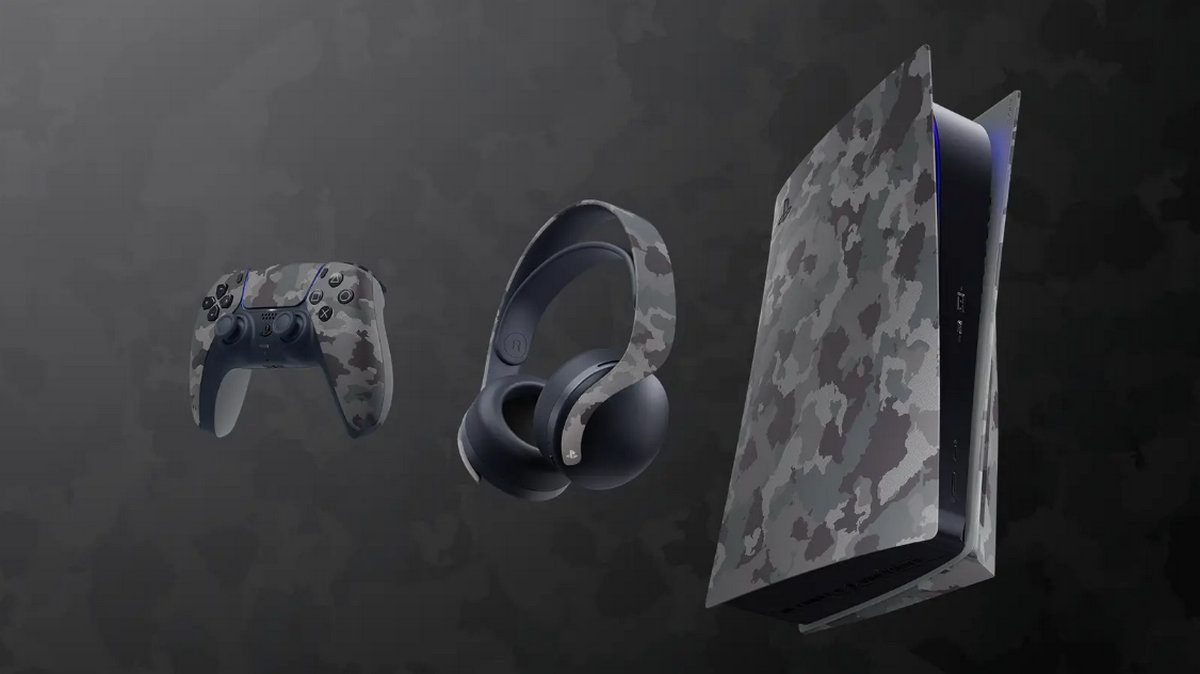 Sony has officially unveiled the PlayStation 5 game console in gray camouflage, which will also be available with a gamepad and Pulse 3D wireless headphones.

Sony says the PlayStation design team decided to create a fresher and more modern paint job. Upon closer inspection, you can see the PlayStation brand icons that are included in the pattern.

The Gray Camouflage Series will be released this fall, with pre-orders starting September 15th. The DualSense wireless controller and panels for the PS5 console will be released worldwide on October 14th for around $75 and $55 respectively.

A matching version of the Pulse 3D wireless headset will go on sale in December for around $100.