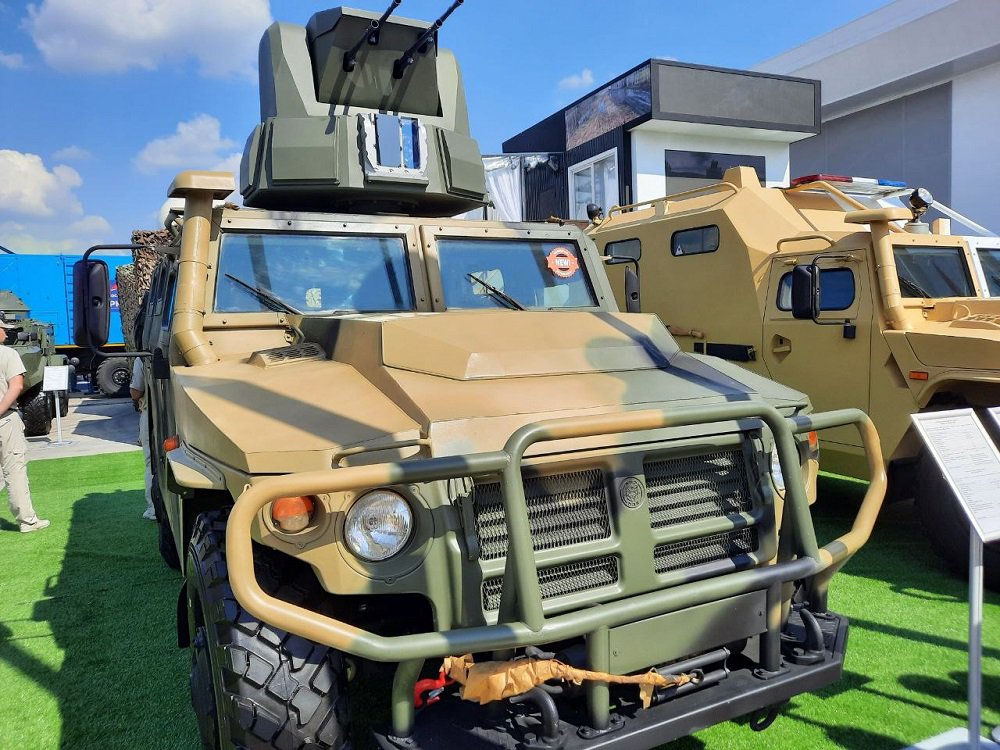 The use of an active phased array airborne radar should simplify the effective elimination of drones, which can now be detected at distances up to 20,000 m.

At the disposal of the gunner-operator there are survey and sighting thermal imaging and television cameras, a laser rangefinder and a two-plane stabilizer. Four 7.62-mm 6P7K machine guns with an effective firing range of 1000 m and an ammunition load of 4000 rounds are installed on the vehicle at once.

For the same number of barrels with the famous ZSU-23-4 self-propelled anti-aircraft gun, the novelty has already been nicknamed “Mini-Shilka”. The total combat weight of the module is 650 kg, of course, with its help it will be possible to effectively hit ground targets. In addition to the “Tigers”, this system can be installed on the latest armored vehicles AMN 233121 “Athlete” and other equipment.