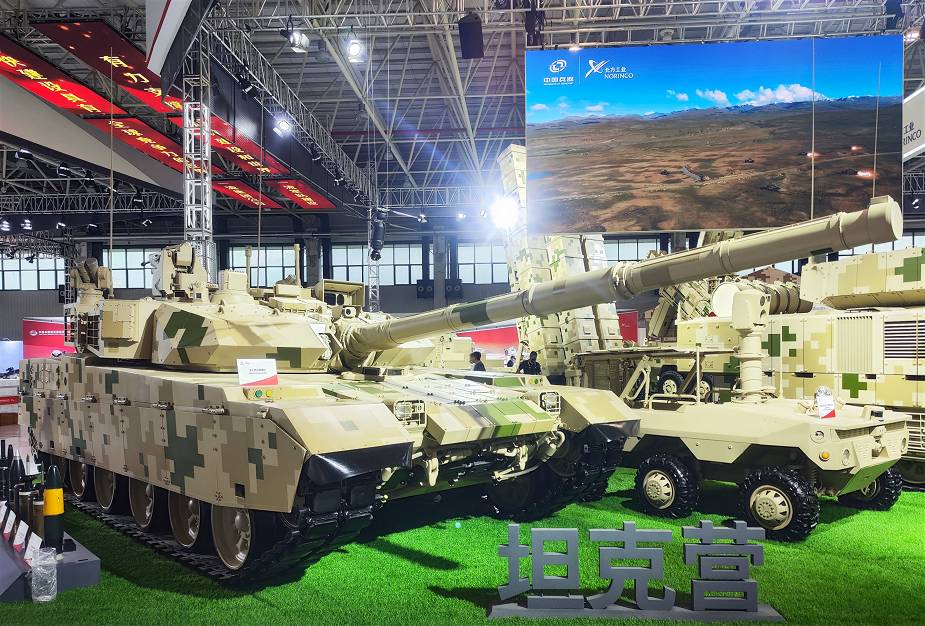 The Chinese company Norinco presented the VT4A1 tank at AirShow China. This is an upgraded version of the VT4 tank with new improvements in terms of protection and firepower. VT4A1 is now equipped with an active defense system and can launch small strike drones.

The layout of the VT4A1 is similar to the original VT4, with the driver’s seat at the front of the hull, the turret in the middle, and the powertrain at the rear. The design of the turret was slightly modified, as the smoke grenade launcher unit was removed and replaced with an APS radar detection system mounted on the sides of the turret.

Each side of the roof turret is equipped with launchers (part of the active defense system) capable of firing 360° around the tank. Each launcher can launch high-explosive projectiles used to intercept various types of threats, including ATGMs (anti-tank guided missiles), rocket and HEAT rounds.

The VT4A1 is equipped with a new armor package, the design of the front and sides of the turret differs from the original VT4. The sides of the hull are also equipped with new armor plates that protect the entire upper part of the suspension. The VT4A1 retains the original suspension, consisting of six large, double, rubber-tyred road wheels with a drive sprocket at the front, an idler at the rear, and track rollers.

The roof of the turret is also fitted with new reactive armor to increase the tank’s protection against air or drone attacks. Also, the car was equipped with a new panoramic sight.