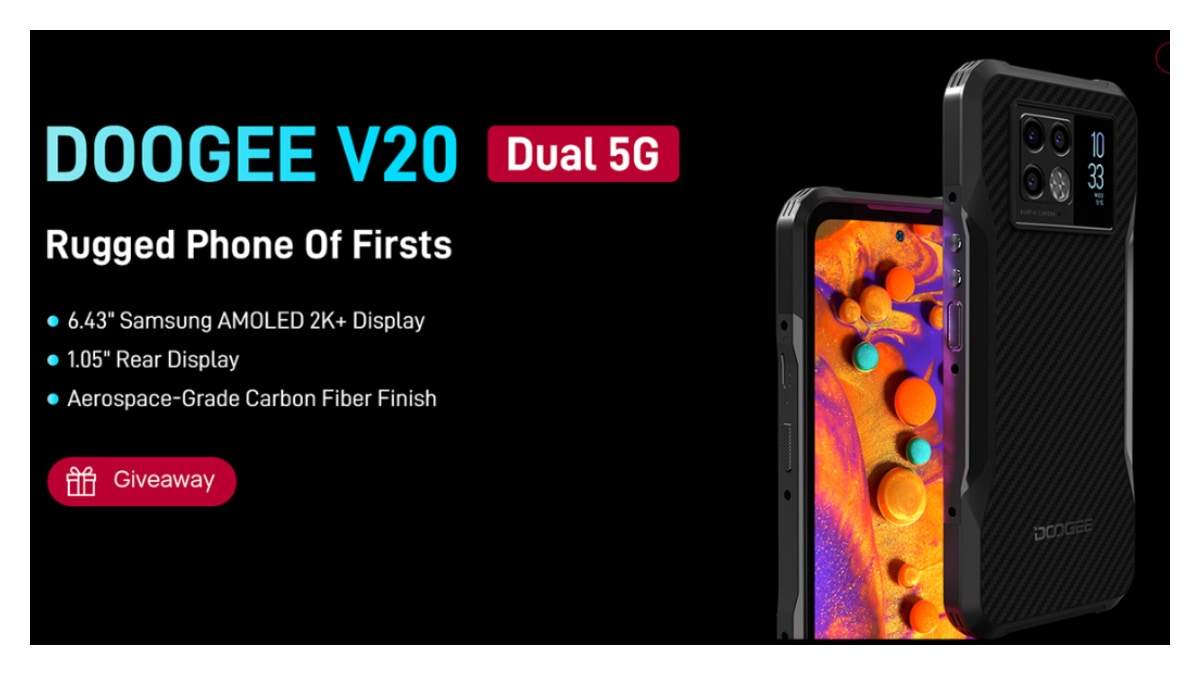 Doogee V20 can be pre-ordered from February 21 on AliExpress, which the company has announced in its official website But confirmed. The price of Doogee V20 is $399 (approximately Rs 29,500). The company has said that it will cost $ 299 (about Rs 22,000) for the first 1,000 customers. The specifications of the phone have also been listed on AliExpress.

This new smartphone of the company has a 6.43-inch display with a resolution of 2400x1080p. This is a Samsung AMOLED display with a pixel density of 409ppi and an aspect ratio of 20:9. It has a peak brightness of 500 nits and a contrast ratio of 80000:1. The screen has a punch hole cutout for the front camera. Among the special features of this phone is its 1.05-inch secondary display, which is given on the rear panel of the phone. On this, the user can do things like check notifications, check incoming calls and control music.

Talking about optics, the phone has a triple camera setup with a primary sensor of 64 megapixels. It is accompanied by a 20 megapixel night vision camera and an 8 megapixel wide angle camera. A 16-megapixel front camera has been given for selfie. The phone is powered by an octa-core processor paired with 8GB of RAM and 256GB of storage. The storage can be expanded up to 512 GB with the help of TF card. It is powered by a massive 6000mAh battery with support for 33W fast charging and 15W wireless charging.

The Doogee V20 being a rugged phone is also waterproof, dropproof and shockproof. The device has got MIL-STD-810 certification, which allows it to work in extremely tough conditions like very high and low temperatures.