Pre-launch bookings for the new BMW X4 Black Edition open, know how many can book this car 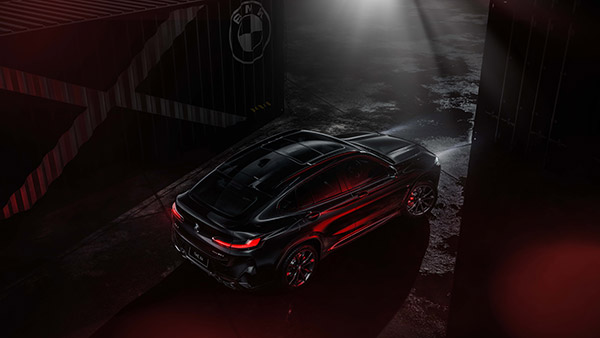 Customers who want to buy the new BMW X4 Black Edition can visit the official website of BMW India and book it with an advance amount of Rs.50,000. Let us tell you that some time ago information about the launch of the new BMW X4 Facelift was revealed.

On the other hand, if we talk about the upcoming BMW X4 Black Edition in India, BMW India will offer this car with two paint options. Color options include Brooklyn Gray and Black Sapphire X4 xDrive 30i M Sport and xDrive30d MSport trims.

It is expected to get 20-inch Jet Black M Sport alloy wheels. Talking about the interiors available in it, the refreshed cabin is also part of the mid-life facelift, especially its facia. According to the information, the India-spec BMW X4 will come with premium leather vernasca upholstery with red contrast stitching.

Let us tell you that the third generation BMW X4 Facelift, introduced in June 2021, has made minor changes to the exterior. It gets new sharper headlamps, a new and integrated kidney grille, redesigned bumpers and slimmer rear lights.

The new BMW X4 SUV will be offered in petrol and diesel engine options. In the petrol model, it will be made available in a 2.0-litre, four-cylinder, twin-turbo, petrol engine. This engine generates 248 bhp power and 350 newton meter torque.

This 3.0-litre, six-cylinder engine will be used in the diesel model. This engine produces 282 bhp power and 650 newton meter torque. Both engines will be mated to a Steptronic Sport automatic transmission. Once launched, the new BMW X4 will take on the Mercedes-Benz GLC Coupe in India.