Pravaig Defy electric SUV with 504 km range will come in 11 colors, booking will start from 25 November 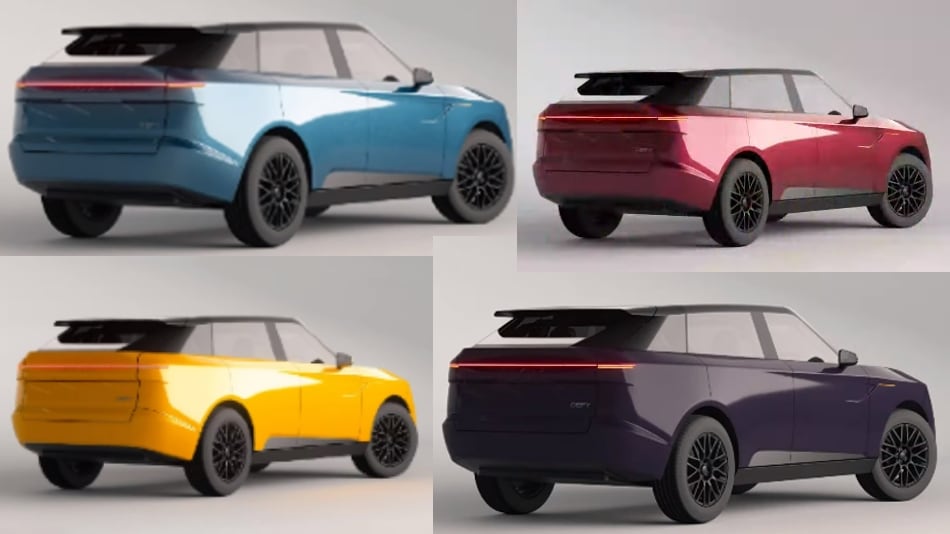 Bengaluru-based start-up Pravaig is all set to unveil its first electric car ‘Defy’ on 25 November. Now, ahead of the showcase, the company has revealed the color options of the car. The company has shown in a short video that the Defy electric SUV will come in a total of 11 color options. Apart from this, it has also been confirmed that the car will be made available for bookings from November 25 itself. Pravaig has already revealed some of the features of this upcoming electric car, in which it has been claimed that this electric SUV will give a driving range of 504 km in a single charge and it will have super fast charging technology, which will charge its battery pack in just 30 minutes. Will charge 0-80% in minutes.

Pravaig posted a video on YouTube short teaser video While sharing, it has been informed that the Defy electric car will come with 11 color options. The company has shown the car in these 11 colors through a 3D model. The 11 color options are Bordeaux, Lithium, Emperor Purple, Siachen Blue, Hindigo, Moon Grey, Haldi Yellow, 5.56 Green, Shani Black, Kaziranga Green and Vermillion Red.

Pravaig Defy EV will be introduced on 25 November and bookings for the car will also start from the same day.

Defy as claimed by Pravaig Electric SUV Can hold a top speed of 200 kmph. Its single charge range is said to be more than 500 km. Also, the company claims that the electric car can accelerate from 0-100 kmph in 4.3 seconds. It is also claimed that the SUV’s fast charging technology can charge its battery pack from 0 to 80 percent in just 30 minutes.

Speaking of design Electric Car Looks futuristic. Its design seems to be similar to the Range Rover. At the front, it gets slim LED headlights and flared front wheel arches. The SUV gets 5-spoke alloy wheels and at the rear, it gets a light bar that covers the entire boot.