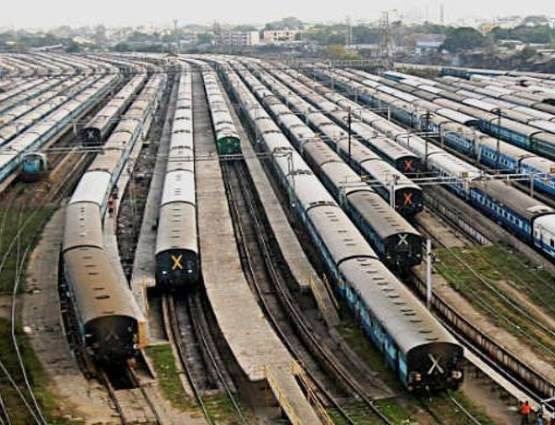 Railway Ministry Drops PPP Model: Railway Ministry has taken a big decision. The Ministry has now withdrawn the proposal to monetize railway stations through Public and Private Partnership (PPP). After this, the implementation of these projects is being done through Engineering, Procurement and Construction i.e. EPC model.

what is the verdict

According to media reports, the proposal regarding stations with large asset category has been withdrawn. Instead of the proposal brought for monetization of these stations on PPP model, now these projects are being implemented on EPC model.

what will be new

Let us tell you that in the EPC model, activities related to engineering, procurement and construction work are conducted. Now this model is being adopted for railway stations. According to sources, the Ministry of Railways has been asked to speed up the monetization of trains, goods warehouses, mountain rails, stadiums, railway colonies and land near railways.

This is the target for NMP

Under the National Monetization Pipeline (NMP), the Railways has so far been able to raise only Rs 1,829 crore in the current financial year, while a target of Rs 30,000 crore was kept. At the same time, in the financial year 2022-23, it has been estimated to raise Rs 4,999 crore from the monetization of railway assets.

Finance Minister has taken stock of the scheme

Union Finance Minister Nirmala Sitharaman reviewed the progress of the NMP scheme in a meeting with NITI Aayog Chief Executive Officer (CEO) Parameswaran Iyer on 14 November 2022. In August, 2021, Minister Sitharaman introduced the NMP scheme to raise Rs 6 lakh crore in 4 years from monetization of assets of various infrastructural sectors. NITI Aayog had prepared a report in this regard in collaboration with the ministries.