Power 355 hp and a mileage of 400 km on a single charge. Canoo LV, the official electric vehicle for NASA’s lunar mission, has been announced 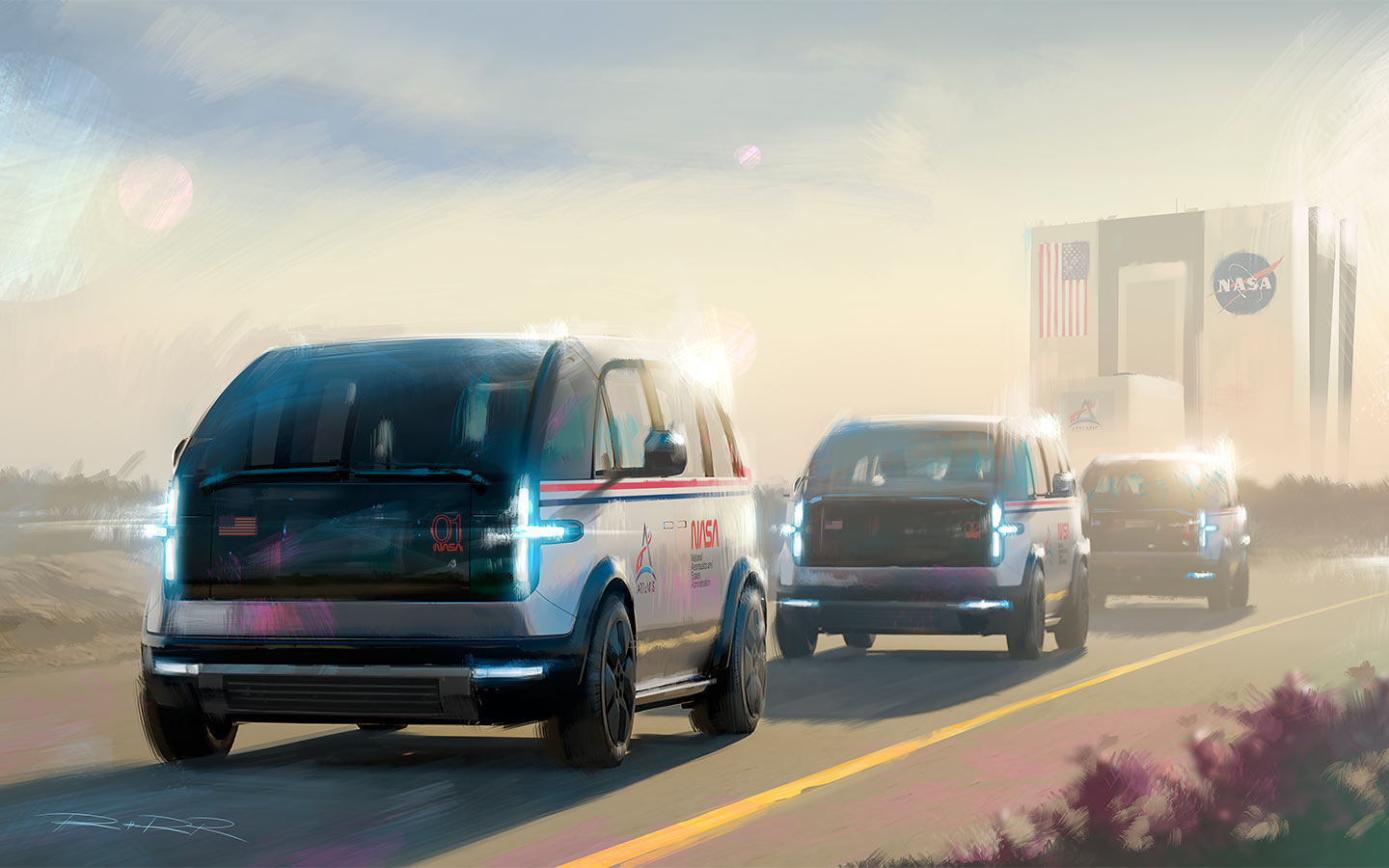 The US National Aeronautics and Space Administration has named a vehicle that will be used to transport astronauts to the launch pad for the Artemis lunar mission rockets. Such a car was the electric minivan Lifestyle Vehicle (LV) of the American startup Canoo.

Canoo LVs will carry fully equipped astronauts, as well as maintenance personnel and special equipment. Electric vehicles will replenish NASA’s fleet in mid-2023, when the active phase of the Artemis 2 mission starts, which is supposed to make a complete flyby of the moon on the Orion spacecraft. It is expected that the landing of a man on the moon will occur no earlier than 2025.

Canoo LV will be equipped with a single electric motor on the rear axle (its power will be 355 hp), which will accelerate to 100 km/h in 6.3 seconds. The maximum range on a single charge will be about 400 km. Electric vehicles will be produced at facilities in Arkansas and Oklahoma. In total, in 2023, Canoo is going to release from 14 thousand to 17 thousand copies of LV. Prices for “space minivans” will range from 34.7 to 49.9 thousand dollars.