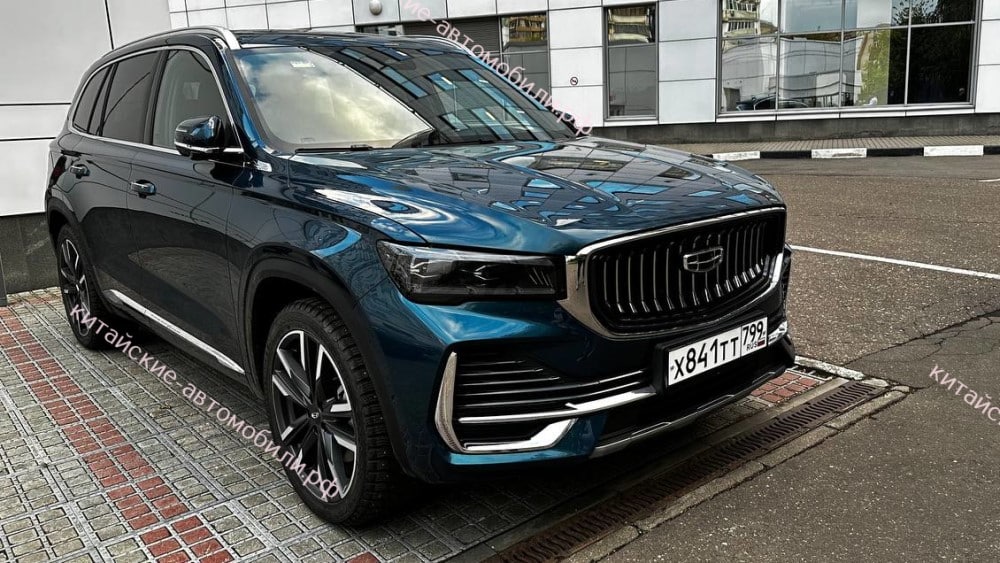 Geely cars have already entered the top of the most popular “Chinese” in Russia, and soon they can noticeably strengthen in the rankings thanks to the new Monjaro crossover. The production car was filmed in Moscow.

It is unlikely that the more expensive Monjaro will overtake Coolray in popularity, but it can become one of the leaders in its segment, and now there is an opportunity to look at live photos of the car. It should be noted that earlier the crossover had already fallen into the field of photographic lenses, but then it was a test version with the KX11 code instead of the name. Here in the photo is a serial copy.

Monjaro dimensions are 4770 x 1895 x 1689 mm with a wheelbase of 2845 mm. Under the hood is a 2-liter JLH-4G20TDB engine with 238 hp, paired with an 8-speed Aisin TG-81SC automatic transmission. In Russia, Monjaro has been issued an OTTS certificate, and only the all-wheel drive version is indicated in it.

Earlier, Geely planned to start selling the crossover in Russia in the second half of this year, but these plans were postponed. In a recent interview, the general director of the BelGee plant, Gennady Svidersky, said that the model will appear on the markets of Russia and Belarus next year. However, at the moment, the Russian OTTS lists the Chinese manufacturer Geely Monjaro, and not the Belarusian one.