Porsche introduced new 911 and 718 models in India, catches the speed of 100kmph in 4 seconds 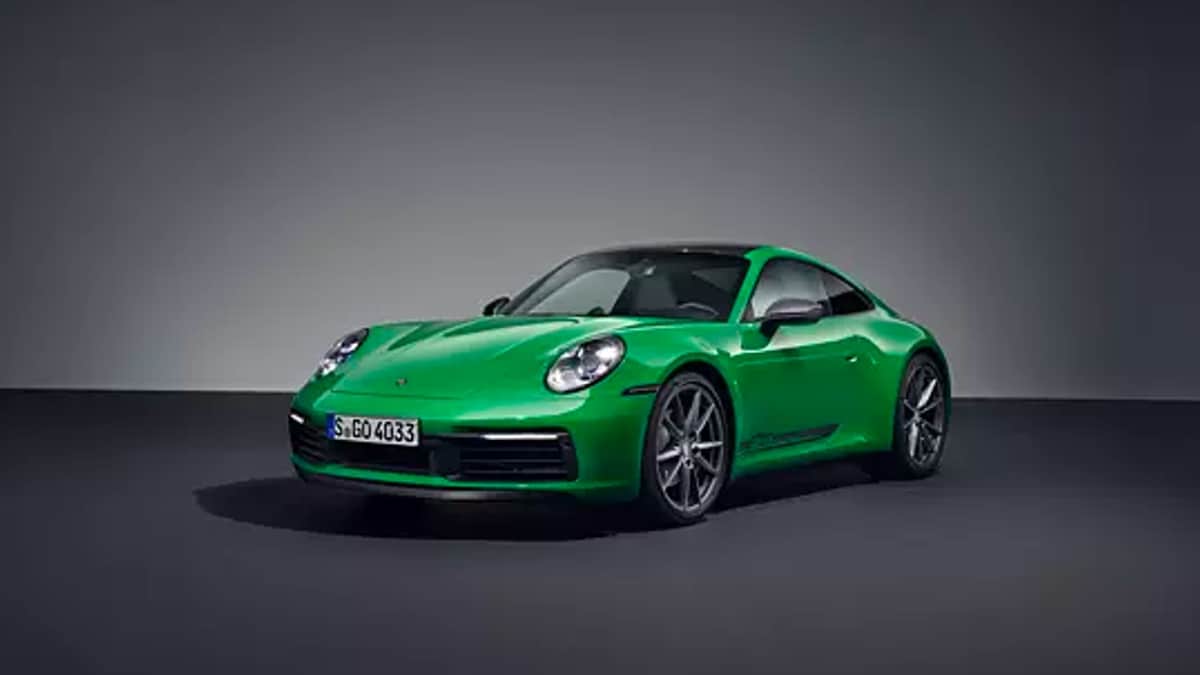 Porsche has launched the new 911 Carrera T and the Style Edition of the 718 Caymen and Boxter in India. The new 911 Carrera T gets a twin-turbocharged, 3.0-litre, six-cylinder petrol engine that produces 380bhp and 450Nm of torque. Whereas, the Style Edition 718 model is equipped with a 2.0-litre, four-cylinder, turbo-petrol engine, which is capable of generating maximum power of 295bhp and peak torque of 380Nm.

Talking about the features, the new 911 Carrera T gets a twin-turbocharged, 3.0-litre, six-cylinder petrol engine that produces 380bhp and 450Nm of torque. This motor is mated to either a 7-speed manual or an 8-speed dual-clutch automatic transmission. The company claims that the two-seater coupe can do 0-100 kmph in 4.5 seconds (4.2 seconds with the 8-speed automatic) and hit a top speed of 291 kmph.

Porsche The base model of the 911 Carrera T gets a PASM sports suspension with 10mm lower ride height, sports exhaust and sports chrono package. In addition, it includes the 911 Carrera S’s mechanical limited-slip differential with torque vectoring and its 20-inch front and 21-inch rear wheels painted in Titanium Grey. Porsche has also made changes to its anti-roll bar and springs.

The rear seats have been removed in the Touring version of the new model and the sound insulation has been reduced. In addition, lightweight glass and batteries have been used to reduce weight. Due to this, the new T model is 35 kg lighter than the 911 Carrera.

The Style Edition of the 718 Caymen and Boxter, on the other hand, include a 2.0-litre, four-cylinder, turbo-petrol engine, mated to either a 6-speed manual or an optional 7-speed PDK automatic transmission. This engine is capable of generating 295bhp and 380Nm. The company claims that both can accelerate from 0-100 kmph in 5.1 seconds (4.7 seconds with the 7-speed PDK). Top speed is limited to 275 kmph, irrespective of the gearbox.

The Style Edition includes a new Ruby Star Neo paint job, blacked out tailpipes, Porsche logo in gloss silver, and 20-inch wheels. Two contrasting color packages in either white or black make these special-edition models stand out. The pack includes stripes on the bonnet, decals on the doors and the model name at the rear in black or white shade. The wheels also get the same paint job.

On the inside, both the 718 models come with black leather upholstery with chalk shade stitching. There are also illuminated doorsills and embroidered Porsche emblems on the headrests. The new editions come equipped with bi-xenon headlamps, heated seats and steering wheel, and front and rear parking sensors.